You are here: HomenextTopicsnextPoliticsnextOur Connexional Mayors 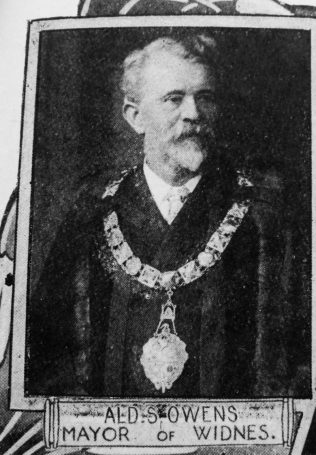 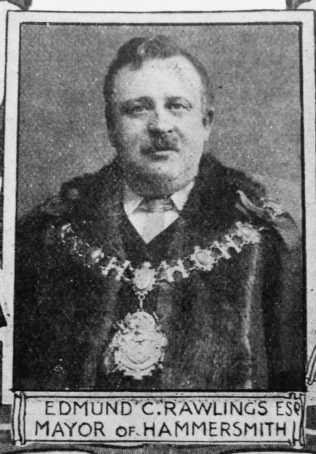 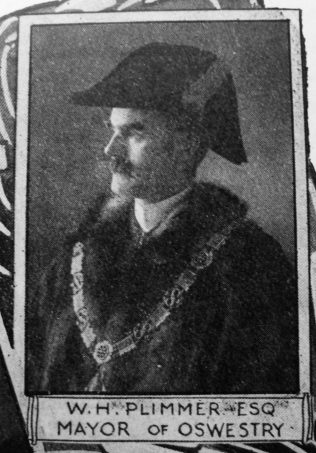 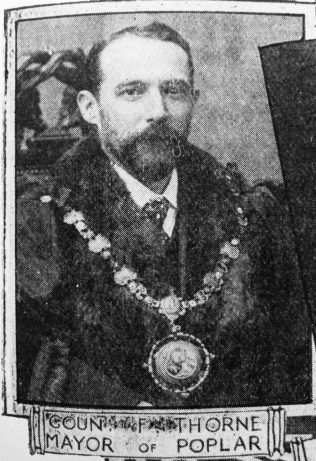 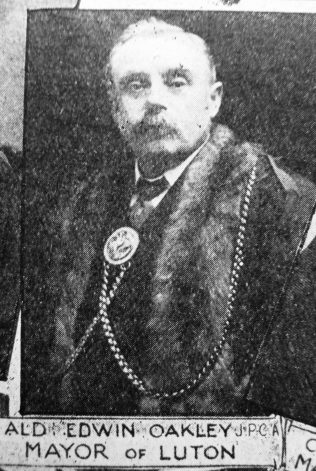 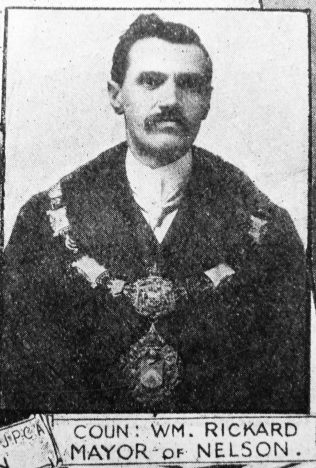 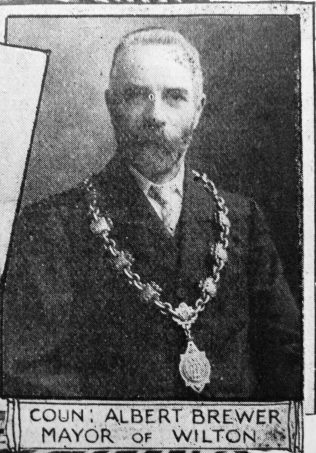 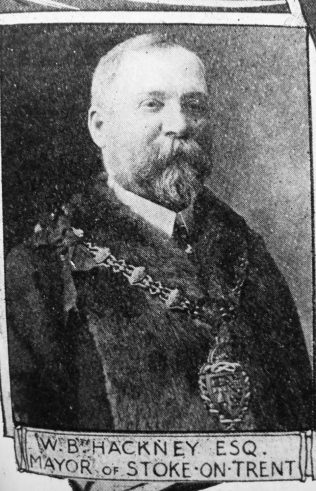 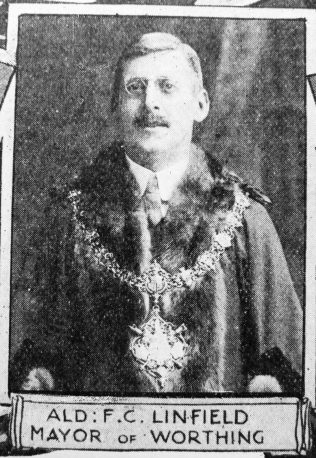 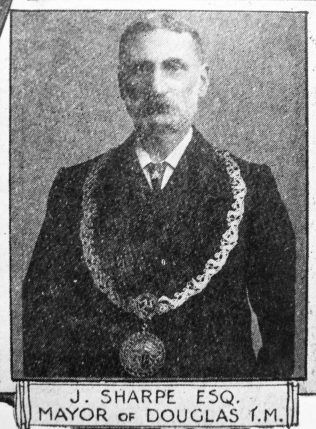 Transcription of Article in the Primitive Methodist Magazine by The Editor (Rev. Joseph Ritson)

My dear Mayors, – Let me heartily congratulate you on the high honour that has been conferred upon you by your respective Municipalities, and tender my good wishes for a happy and eminently useful year of office. Primitive Methodists all over the land rejoice in your elevation to the position of Chief Magistrate, not merely because an honour done to you is in some sense an honour to themselves, but on account of the opportunities of usefulness thus placed in the hands of good men. That ten Primitive Methodists should be elected to this important position is significant of much. In this Centenary year we recall the circumstances of our origin with wonder and gratitude. Less than one hundred years ago Mayors and magistrates were busy sending our fathers to prison for preaching in the open air: to-day many of our members regularly sit on the Bench, and ten of them preside there. What hath God wrought! But your position is significant of much besides. It is due in part to the fact that Primitive Methodists are learning that they have religious duties in the realm of Municipal and National politics; that conscience has to do with the ballot box as well as with attendance at the prayer-meeting; that Christian men must do their utmost to place in positions of influence and power in civic and Parliamentary life men who have understanding of the times and are inspired with a passion for righteousness. A larger and truer ethical ideal has dawned upon our people, and instead of feeling, as they once did, that politics and spirituality are inconsistent they recognise that rightly understood the two are inseparable, and that a truly enlightened Christian will eagerly embrace the opportunity which the franchise affords of striking a definite blow in behalf of that kingdom which is righteousness and peace and joy in the Holy Ghost.

It has been a pleasure to your co-religionists to observe that you have taken the earliest opportunity of showing that you are staunch Nonconformists and loyal Primitive Methodists by inviting the Corporation to accompany you to public worship in your own Church, and that you have promptly appointed your own ministers to the office of Mayor’s chaplain. This indicates the growth of a new religious fibre which enables Nonconformists to take a stand on behalf of the great principle of religious equality. It has not been for nothing that Free Churchmen have during the last few years been compelled to verify their principles; the iniquitous Education Acts of 1902-3 have been blessings in disguise, so that in every part of the land Nonconformists are such not by accident or heredity merely but by conviction. It is matter for thankfulness that Primitive Methodists are in the very van of the great movements which are making for liberty, equality and brotherhood, for social amelioration and National righteousness.

We rejoice to find also that Temperance has such a large place in your life-work; that you have for the most part been actively engaged for years in the cause of Temperance reform; that by precept and example you have sought to remove the temptations to drunkenness and to deliver the nation from its greatest curse. It is particularly gratifying to learn that it is now so usual for our Connexional Mayors not only to omit alcoholic liquors from the public functions over which they are called upon: during their year of office to preside, but that in place of the senseless feasting of the rich and well to do which has been customary there is a determination to spend the money in helping the poor and needy, and brightening the lives of those whom misfortune or a false economic system has placed in circumstances of poverty and want. We confidently anticipate that in not a few cases your year of office will create a precedent that must have immense influence for good in the years to come.

It is gratifying to observe that many of you hold important offices in our Church. Two at least of your number have occupied with distinction the Vice-Presidency of our Conference, while amongst you are Local Preachers, Circuit Stewards, Society Stewards, Sunday School Superintendents, Sunday School Teachers, Trustees, and it is pleasing to observe that after the imposing function of the Sunday morning Corporation service two of you were found in the evening playing the organ and leading the choir, and one acting as sidesman just as usual. We are gratified to learn that the positions of honour and responsibility you hold in your respective Municipalities are legion, but still greater is our pleasure to find you recognising with unabated fervour the claims of the spiritual realm, and faithfully serving the Church as in the days when you occupied the position of humble citizens.

In these extraordinary days Primitive Methodists are quite commonly brought before the magistrates as Passive Resisters, and are even sent to prison. It may be that the benches over which you preside may have such cases during the coming year. It is not for any man to even attempt to dictate how you shall act in such circumstances. Perhaps some of you may deem it a duty to leave the Bench and take your stand by the side of the defendant, or to decline to deal with such cases. As Chief Magistrates this may be inconsistent with the obligation under which you have laid yourselves to administer the law. But be this as it may we are quite sure that your conduct under such circumstances will be marked by the qualities of Christian men dealing with Christians who on a matter of conscience have felt compelled to refuse obedience to the law, because in their judgment it conflicts with the higher law of God. In these critical times when the principles of Protestantism and religious freedom are in jeopardy we feel quite satisfied that the weight of your great influence will be emphatically on the side of justice and liberty and righteousness.

During your year of office you will have difficulties and disappointments; from these none are exempt whatever their station in life. But if on the one hand you resolutely keep before you the ideal of service, remembering that the greater the difficulty the greater the honour of achievement, and the higher the value of the contribution you make to the welfare of the community; while on the other hand if you bear in mind that we are here to be made, and that to meet difficulties with a resolute determination, to overcome them, and to bear disappointment with Christian fortitude must be counted essential to the right use of the appointed machinery by which we are to be moulded after the Divine pattern, then you will turn difficulty and disappointment to the highest account. To serve men from the love of God, and thereby through Divine grace perfect our own character and fulfil the Divine mission on which we have been sent into the world, should be our great concern.

“O that each in the day of His coming may say
I have fought my way through,
I have finished the work Thou didst give me to do.”

In the Common Service,