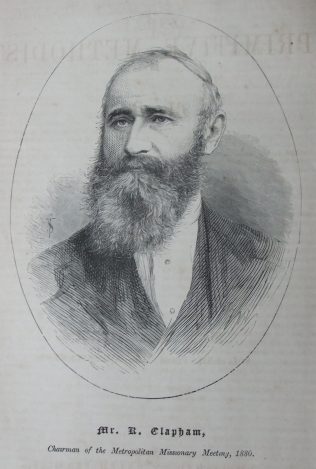 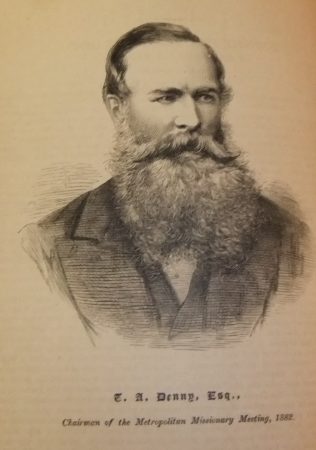 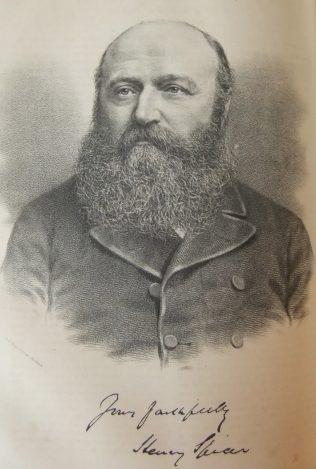 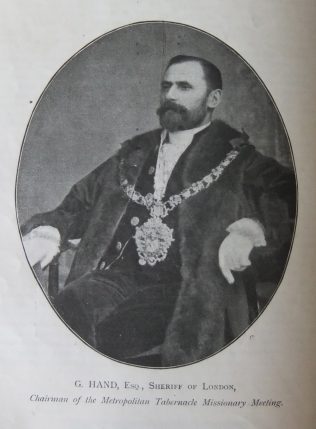 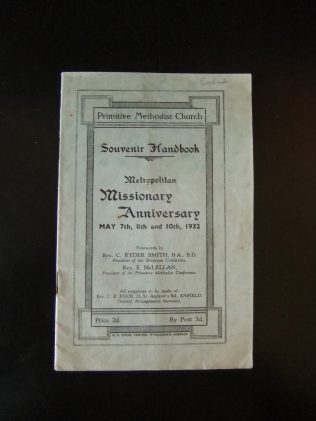 zoom
Click on the picture to see it full size

An annual Missionary Meeting was initiated circa 1860 by Thomas Penrose. Originally the meeting was held at Bloomsbury chapel and later at Mr Spurgeon’s Baptist Tabernacle.

In the 1880’s the Primitive Methodist Magazine published a series of portraits of lay chairmen of the Missionary Meeting.

Mr T A Denny was Chairman in 1882. He was probably Thomas Anthony Denny, born in Ireland circa 1818. He died in 1909. Thomas was a retired Merchant in 1881. He was well known as a philanthropist, particularly known for his support of the Salvation Army. In 1893 he married the evangelist Elizabeth Hope, nee Cotton.

Henry was Chairman in 1886. He was probably Henry Spicer (1837-1915), a wholesale stationer and Liberal politician. He was educated in Congregational schools. Henry was elected Member of Parliament of Islington South in 1885, but lost his seat in 1886.

George Hand, a Sheriff of London, was Chairman in 1895.

The final meeting was held in May 1932. The last picture shows the front cover of the programme for the 1832 meeting.

If anyone has any further information about the Metropolitan Missionary Meetings and their chairmen please get in touch.