Our Centenary - Memories of the Early Days 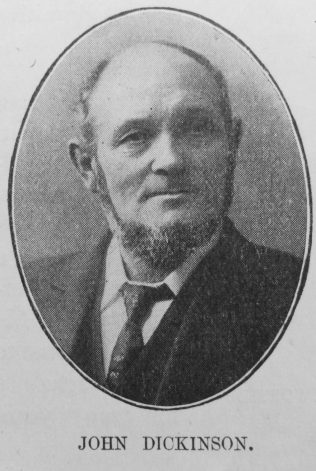 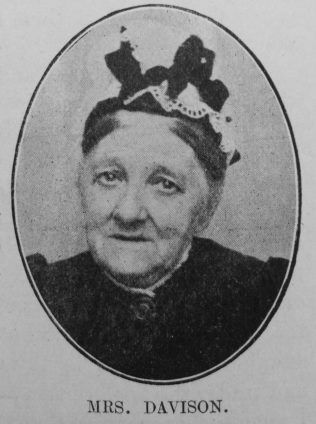 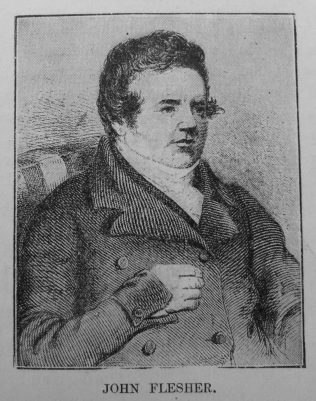 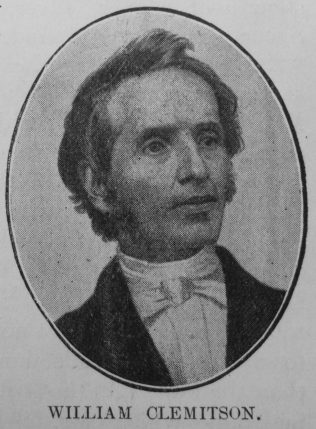 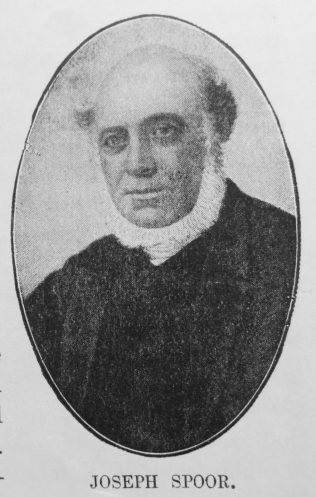 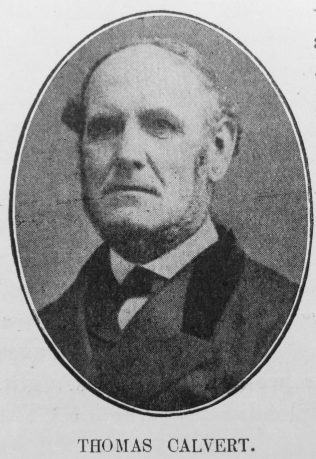 Transcription of Article in the Primitive Methodist Magazine by John Dickinson

Middlesbrough is a town which has won a name without a history. In 1829 there was a solitary farm house, while in 1841 the population had grown to 5,709, and so rapidly did the people flock to this new town that in 1871 there was a population of 39,284, and to-day there are upwards of 100,000 inhabitants in the municipal Borough. The number of houses exceeds 20,000, and extend to over 46 miles of streets. The town is still growing.

Primitive Methodism was first introduced into Middlesbrough in 1835. ‘The first meeting house was situated in Davison’s Yard, Dacre Street, and within fifty yards of where the farm house stood, which was the only building in Middleburgh in 1829, the name changed to Middlesbrough shortly after.

Mr. Thomas Davison, who owned property in this yard, made two rooms into one and this room was used as a chapel for two or three years. His wife Dorothy, and their two sons, George and William, were the first members of the Primitive Methodist Church in Middlesbrough.

Mrs. Davison, the widow of George, is still living, and is the oldest Primitive Methodist in the town, and to hear her talk about the preachers and the grand meetings they had in those far off days is an inspiration. Our sister remembers Hugh Bourne preaching in the Richmond Street Chapel, and when he came down out of the pulpit, he put his hand upon the heads of some of the children, and told them to be good and love Jesus.

It was not long before those few earnest Christians found a more suitable place in which to worship God. The town was growing and their numbers were increasing. In the next street, West Street, the Unitarians had vacated their chapel, so this building was rented and used until their first chapel, Richmond Street, was opened. This was on June 6th, 1841.

The Rev. John Flesher was announced to preach the opening sermons, but did not arrive in time for the morning service. Mr. Jopling took the service, and preached from the text, “For I am in a strait betwixt two.” Mr. Flesher arrived for the evening service. The bellman was sent round to announce that Mr. Flesher would preach at night. He delivered a splendid discourse on “The widow’s son.”

The cost of the first chapel was £350, and for a period of fifty years the work of God was carried on in this famous old church. But during that time the building was enlarged and materially altered internally. The pulpit at the first stood in the middle of the building, but was afterwards removed to the end. Some fifteen years after the alterations, and on a Sunday morning about ten minutes before time of service a portion of the roof fell in, and the hip rafters fell right across the front of the pulpit, and hung on the top of the Bible board. Mr. George Williams, of Northormsby, was the preacher planned on that occasion, and had a most providential escape.

Our Flag Lane Chapel, Sunderland, and Nelson Street, Newcastle, had a wonderful name at that time on account of the glorious manifestations of the power of God among His people, but not more so than old Richmond Street Chapel, Middlesbrough, for hundreds were converted within its hallowed walls, and from various parts of the town and country people came to witness the work of the Holy Ghost, while many who came to mock and to ridicule went away born of the Spirit.

Mr. Spoor, the first time he travelled on the Stockton Station was a young man, strong and robust, and possessed of Herculean strength, and this strength he used very often to such an extent that he had to lie down for a time before he could manage to go to his home. The Rev. Andrew Latimer, when a young man, was stationed here, and was held in great esteem, for he too was in labours abundant.

Missionary meetings in Richmond Street forty and fifty years ago, were attended by large numbers. Very often the chapel was too small to accommodate the vast numbers who came, and had to go away greatly disappointed. At one of these old-time missionary meetings, the Rev Colin Campbell McKechnie, Rev. William Clemitson, and Rev. Joseph Spoor, were deputations. After the first two had spoken the collection was made. Mr. Spoor had yet to speak, and he had not been on very long before money was thrown on to the platform from all over the chapel. Mr. McKechnie sat down on a chair, and covered his face with his hands to protect himself from being hurt. Mr. Clemitson ran into the pulpit and hid himself from the shower of copper, silver, and gold. Mr. Spoor stood his ground, and cried out, “Heave away, my lads, heave away.” Presently a sovereign rolled to the feet of Mr. McKechnie; he at once laid hold of this gold coin, and came to the front of the platform, and held it up before the audience, and shouted out, “Marra me that?” Mr. Spoor said when the yellow canary came chirping up on to the platform and fell at Mr. McKechnie’s feet, his Scotch blood was roused, and he could sit no longer. Needless to say the second collection was much larger than the first. At those old-time missionary meetings which Mr. Spoor attended, he always had a second collection, which was generally much larger than the first.

Chapel anniversaries were high days in this historic building, and were looked forward to with great expectation. Some of the best men in the Connexion were invited to preach the sermons and address the public meeting on the Monday night.

Revs. Robert Parks, Thomas Penrose, Thomas Newell, Philip Pugh, Parkinson Milson, Henry Higginson, Dr. William Antliff, etc., have done duty in this chapel. I remember Mr. Penrose leading a procession from the Market Place, and giving out that grand old hymn, “Let earth and heaven agree,” and when he came to the last verse, “Oh for a trumpet voice, on all the world to call,” it came like thunder rolling out of his mouth, and the people looked at each other in amazement. Mr. Penrose could lead a procession in the street as very few men could, in fact he was the prince of leaders.

Mr. Higginson, “the roving ranter,” was a man about six feet two, and I remember the texts he preached from on that occasion, and how the brethren and sisters shouted and wept as the man of God expounded the Scriptures. His text in the morning was, “Let the word dwell in you richly,” and as he showed who the Word was, some of his hearers were lifted from their seats, and were leaning right over the front of the pew; his long arms were being thrown about, and when he touched on the resurrection and was setting forth the divinity of Jesus, he leaped backward on to the pulpit seat, and throwing up his arms, cried out at the top of his voice, “Down went the Devil and up went Jesus,” this was like an electrical shock, the people shouting hallelujah and “glory’’ for several moments.

His night sermon was from Revelation, “Every eye shall see Him,” etc., and the delivery of this sermon would have had the same effect as in the morning, had there not been a few there who were Second Advent men, and in heart had gone over to the Plymouth Brethren; those men made remarks which were not very complimentary, and interrupted the preacher several times. Shortly after this, some half-dozen or more left the church, and joined the new lights or Plymouth Brethren.

Open air meetings were held in the Market Place on Sunday nights, and very often a large crowd were gathered round and the speaker interrupted, sometimes by missiles ot various kinds.

For several years we fasted on a Friday. Brother Thomas Calvert, who was converted in this chapel under the preaching of Rev. Joseph Spoor, was the leader in this fasting movement, and a great believer in fasting and prayer.

We often had all night meetings, generally from ten o’clock on a Saturday night until about three on the Sunday morning. Brother Calvert was also leader in this, and in fact was always to the forefront in anything which was employed to get on the work of God.

The Sabbath evenings following those fasting days and nights of prayer were times of refreshing. Sinners were converted, and backsliders reclaimed again and again after those services.

This old chapel has long since been sold to the Salvation Army, and a new one erected in Linthorpe Road, at a cost of £5,000, and seating 750, with a large amount of land adjoining, upon which schools will shortly be built.

Since our friends took possession of the Linthorpe Road Church, they have done well, a large congregation has been gathered together, and the cry is often heard on a Sunday night, “What must I do to be saved?”

A flourishing school, which is conducted in a temporary building erected on a portion of the site adjoining the church, is now too small to contain all that seek admission. A great future lies before our Linthorpe Road friends.