Our Centenary - Storming the Villages V 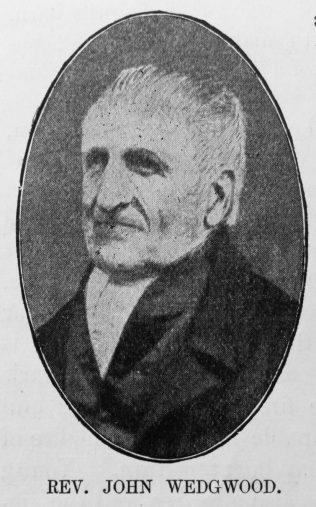 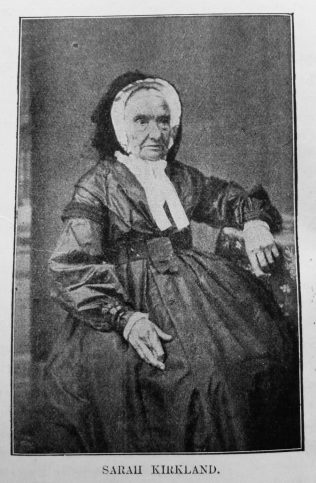 Camp meetings were to our fathers not only occasions of song, – they were themselves the theme of song.
“Camp meetings God has greatly owned.”

So runs one of the early hymns, and though the line may not rank high as poetry, it is excellently true as history. A decisive battle is followed by the storming of towns and fortresses, and the conquest of provinces and countries. Camp meetings were the great battles of the evangelistic campaign conducted by the early Primitive Methodists. Thousands of people from a whole countryside gathered together in the open air and listened to the fervid, pungent preaching, the mighty prayers, the rapturous song of those “soldier-saints,” men and women whose lives were “all caught up in the hand of God, and blazing as a two-edged sword of flame.” Hundreds of these eager listeners returned to their widely sundered homes possessed by the passion and fervour of the new movement. It was, to borrow Mr. Kendall‘s fine metaphor, like “the scattering of brands on the dry prairie; curiosity, enquiry, and enthusiasm burst simultaneously into flame” at many far-parted points. Some of these early camp meetings opened the way for the evangelizing of half a county. Such a one was the famous camp meeting held in Nottingham Forest on Whit Sunday, 1816, when 12,000 people were present, which led in its turn to the holding of a camp lovefeast at Priest Hill, near Ratcliffe-on-Trent. Both these meetings resulted in extraordinary and widespread religious revival. The people were as soil prepared for the Gospel seed. Those were the dark days of Peterloo massacres and triumphant reaction, of Luddites and Levellers, when panic fear made England’s rulers as cruel as they were corrupt and incompetent, and led them to acts of sanguinary repression worthy of Muscovy and the dark ages. They were days of poverty and exhaustion, of the transition from village industries to modern  industrialism and the factory system. The country was ripe for rebellion. It was at this critical moment Primitive Methodism brought its influence to bear on the masses; good tidings were proclaimed to the poor by men like themselves, wearing their dress, speaking their dialect, sharing their thoughts, hardships, aspirations.

“Many soon became as zealous for the cause of Christianity,” says one of these early missionaries, “as they had been for Luddism or the Levelling system.”

The result of the Nottingham Forest and Priest Hill meetings was the missioning of the southern half of Nottinghamshire, from Kinoulton in the south, a village which gave John Garner and James Bonser to our ministry, to Mansfield and Newark on the north, at which latter place the fire-engine was brought to play on the preacher. “You can’t quench the fire within,” he shouted, with the water streaming down his person, until some bystanders, moved with compassion, took out their knives and hacked the hose to pieces. The protagonists of the struggle were Sarah Kirkland, John Benton, John Wedgwood, and John Harrison, while ever in the wake we trace the fiery evangelism of William Clowes and the patient organising genius of Hugh Bourne.

East Bridgford may be taken as a type of this work among the villages of South Nottinghamshire. Sarah Kirkland preached here in a barn, with a gig for pulpit, and George Herod, a youth small of stature, perched on the big beam spanning the barn, listened, and with many others, was “convicted in respect of sin, of righteousness, and of judgment.”

She was followed by John Benton, who, if he did not know grammar, knew how to preach so that men and women were converted. Among his hearers was William Lockwood, quondam Methodist travelling preacher and now village squire, who that afternoon, “received a particular manifestation of the Spirit of God.” He it was who stood shortly after in Newark market-place, the fire-engine deluging him with water, but unable to quench the fire of love for souls that burnt within. Young George Herod was also a hearer, and the impression made by the preaching of Sarah Kirkland was deepened by that of John Benton.

Wedgwood, fresh from imprisonment at Grantham, preached here, and passed on his way to hold a camp meeting at Buckminster near Grantham. William Clowes was also one of the speakers. It was held “in a fine broad green lane, sheltered by a beautiful high thorn hedge, with the spreading oaks growing thick therein.” Henry Sharman, a useful and devoted minister, was one of the fruits of this meeting.

Clowes in his turn preached at Bridgford. He took his stand on the green but “the devil and the parson sent two of their underlings to interrupt the service by blowing big horns.” Mrs. Lockwood then placed her chapel at the disposal of the congregation, and the service concluded in peace. The work begun in George Herod’s soul by Sarah Kirkland and continued by John Benton was consummated by William Clowes. He became a most successful Primitive Methodist minister, famous among his brethren not only as evangelist, but also as disciplinarian, theologian, and historian.

Dinah Maul was one of the early converts at East Bridgford. She is described as a woman possessing ‘‘an uncommon degree of good sense, patience, decision, force of character,” and as ‘‘swaying the rest according to her will.” A sweet singer as well as a mother in Israel, powerful in prayer, skilled in the art of counselling and comforting the penitent, the distressed, the dying, exercising a large-hearted hospitality to the saints, Dinah Maul is worthy to stand as a type of the saintly women of early Primitive Methodism.

Eliza Richardson was Dinah Maul’s successor as leader of the village society. She was converted in 1843. Conscious of spiritual need, she sent for “dear Sister Maul and Sister Burrows. They asked me if I would like to be saved. I said that was what I wanted. So we all knelt down on my own little hearthstone, and then they poured out their souls to God in fervent prayer, and I prayed also; and oh, what a weight of sin I felt on my poor back! But the Lord heard and answered prayer, and I felt my load of sin was gone.”

Her conversion was soon followed by that of her husband. Poor in this world’s goods they were rich in faith and influence, wearing in lowly life the aureole of true saintship, and steadfastly loyal, even at the cost of suffering, to cherished principles. The intolerance of the clergyman compelled them to send their children to a neighbouring town for schooling, which meant a walk of three miles each way. One of these children was Mr. A.E. Richardson, who now sits as member of Parliament for South Nottingham, gaining the position by a majority of 800 over a representative of the noble house of Bentinck. Mrs. Richardson died in 1893, after an unbroken membership of fifty years.

What happened at East Bridgford is a type of what was happening all over the country. Conversion meant the moving of the inner wheel which set in motion all the wheels of progress. Our fathers wrought with patience, courage, and great self-sacrifice the work that needed to be done in their days. Their descendants sit in national and municipal councils, are members of colleges and universities, are captains of industry and leaders of social movements. Let us not lose, in our zeal for redressing human wrongs, their note of ardent evangelism. The appeal of the social reformer no less than of the preacher, must still be to the soul, the inner life of men. If their work is not to be in vain, they
‘‘Must comprehend
Humanity and so work humanly,
And raise men’s bodies still by raising souls
As God did first,”