A Plea for Uniformity 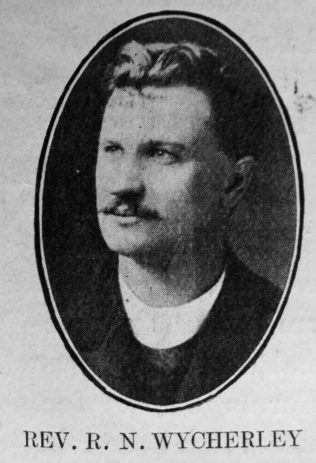 Transcription of Article published in the Primitive Methodist Magazine by R.N. Wycherley

LET me hasten to explain, lest my plea suffers by reason of historical prejudice. I am not thinking of uniformity among the various denominations. That, I fear, is a chimerical ideal. For the moment I have in mind the Primitive Methodist Church only, and my plea is limited to it.

I imagine, however, that some will say that there is no room in our church for such a plea. We love freedom in all its phases. Uniformity makes no appeal. We dislike its appearance as being so very unreal, and we refuse to listen to its suggestions.

I confess to much sympathy with this attitude. And yet a little reflection will show that the idea of more uniformity among us is neither so foreign nor so superficial as at first might appear. There is a grave possibility of freedom in Church affairs running riot, of liberty becoming license. You can be so anxious to protect certain cherished rights of individual communities that you lose sight of the good of the whole, and so bring about chaos where order is a prime necessity. And indeed this is exactly what has taken place. Circuits and individual churches have indulged their so called rights to such an extent that we find ourselves surrounded by growing confusion. They have become a law to themselves. They settle matters of supreme importance upon a parochial basis, so that you have the singular spectacle of a Connexion, which is supposed to be under one Conferential authority, showing greater variety in religious forms and customs than any number of independent congregations which acknowledge no central jurisdiction at all.

From the connexional standpoint, therefore, there is surely abundant reason for entering this plea.

Happily we have uniformity in belief. Primitive Methodists as a body accept certain well-defined doctrines and make them the determining factors of their thought and address. We do not express ourselves in precisely similar language. That is not even desirable. It would be detrimental to our best success. But our fundamentals are the same, our doctrines are one.

But this uniformity which we find in matters of belief might very well be extended to some other departments of our church activity. Take, for instance, the general order of Divine service. As things are we meet with endless confusion. Congregations have indulged local likes and dislikes so freely that preachers from a distance despair of guessing what order they are expected to observe, and Primitive Methodist visitors are as much at a loss to know what will happen as if they belonged to another denomination altogether. Some congregations begin service with a hymn. Then follow prayer, hymn, lesson, notices, hymn, sermon, collection, closing hymn and benediction. This is the orthodox order and has well met the requirements of public worship. Others begin in the same way, but have an additional lesson and hymn. In the South of England this order is very general – hymn, invocation with the Lord’s Prayer, lesson, hymn or anthem, lesson, prayer, notices, collection, hymn, sermon, closing hymn and benediction. I have lately met with this order – prayer, hymn, lesson, hymn, lesson, prayer, notices, hymn, sermon, collection, closing hymn and benediction.

These cases will probably suffice to indicate how very much our congregations differ among themselves in matters of Divine service. I cannot think that such a state of things is satisfactory. Surely it will be admitted that if we had some generally recognised order, carrying the impress of Conferential authority, it would be much better and tend to develop a stronger attachment to the church of our choice.

Take the question of the reception of members. I must confess that Conference has striven to improve matters in this particular. But confusion is still very general. Scarcely two circuits act alike. Many Leaders’ Meetings adopt the purely formal method of receiving a name suggested by the leader or presented through credential, and placing it upon the Roll. Nothing more is done until the next renewal of tickets, when the person first knows of his standing by the issue of his member’s ticket. Some put a little more soul into the matter by following up the action of the Leaders’ Meeting with a letter, informing the person of his acceptance and expressing sincere wishes for his welfare and usefulness.

Conference regulation urges Leaders’ Meetings to arrange a public reception at one of the ordinary Society Meetings, but it leaves the character of the meeting to the leader’s direction.

Sometimes it is a distinctly religious service, at other times it is nothing more than a social gathering. I know of some churches where the following order is observed – the name is received at the Leaders’ Meeting, and a letter is sent to the person acquainting him of this, expressing good wishes, and requesting his attendance at the next administration of the Lord’s Supper: at this service the minister reads out the name and publicly welcomes the person into membership, who then joins the other members in the administration. I do not pretend to have covered all the methods that characterise the reception of members, but I have said quite sufficient to show that there are great and striking differences. Surely the claims of greater uniformity here will be quickly and generally recognised. It is of the utmost importance that all candidates for membership should be made to feel the seriousness of the step they contemplate, and that the occasion itself be so solemnized that it may be remembered with thanksgiving for years to come. And one effectual step towards this is the adoption of a uniform mode of admission.

Consider also the administration of the Sacraments. I suppose we ought to find a greater measure of uniformity in this department of our Connexional life because we already possess printed forms of service. But they are very rarely used. Those who administer seem to prefer to be a law to themselves and conduct the Sacraments as they choose ; with the result that we never know what form the administration will take.

This is true of the baptism of infants. I have seen this service conducted as though it were a farce. It has been jammed into some little corner of the larger service and the child has been baptised as though with a grudge for intruding himself upon the time required for the preacher’s discourse. There has been no address to the parents, no prayer, no hymn. In other places the claims of the ceremony are carefully and even beautifully honoured, but here again you find endless variety. One man requires the parents to be present, another seems to forget that there are parents. One announces an appropriate hymn, but another prefers only a prayer. Ask the steward how the minister will conduct the service, and he will be bold indeed if he ventures to tell you! And yet if Baptism has a serious meaning, it should be observed decently and in order. And we, as Primitive Methodists, should know what that order will be in any Primitive Methodist Church.

The administration of the Lord’s Supper suffers in the same way. In some places the communicants remain in their seats, and the bread and wine are carried round. In others, they kneel at the communion rail. In some a portion of scripture is read, and a brief, explanatory address follows. In others you have the bare administration. But is it not a fact that if we observed one uniform order throughout our Church, the purposes of the Sacrament to the whole Church would be greatly enhanced? There would never be that baneful curiosity to know what next we are expected to do.

Once more, take the question of ministerial ordination, I think the need for greater uniformity is most glaring here. Ordination is a magic word. A young minister on probation thinks of it with many misgivings and yet with overwhelming joy too. The more advanced minister recalls the occasion with thankfulness and that he may renew his youth. We cannot make the service of ordination too impressive. And yet it is often the shuttlecock of fancy. I have been astonished to find what differences obtain. I attended an ordination some years ago when the service took the form of a social gathering. I remember another which followed the usual course of a public meeting, with chairman and vice-chairman, and where doubtful pleasantries and hilarious cheers seemed most in favour. Some districts ordain the probationers on Saturday evening and others on Sunday morning. The fact is that in a service which especially should be uniform all over the Connexion we have the most striking contrasts. But this surely is to be deplored. Why cannot one method be loyally observed by the whole Church?

I once heard the following suggestions put forward with a view to reforming our present procedure. Conference shall arrange an order that shall be binding upon all the districts, and for the observance of which the G.C.D. for the time being shall be responsible. The service must be distinctly religious, an act of worship, presided over by the chairman of the District Meeting, and in which the senior ministers shall take part. Instead of the candidate giving his Christian experience, he shall be required publicly to answer certain questions prepared by Conference and put by the G.C.D. as the official representative. Then shall follow the charge to the candidate, the ordination prayer, and the charge to the Church. When I heard these suggestions I thought they sketched a service which, while proving acceptable to the majority of districts, would conserve and emphasise all those elements that make for reverence and due effect, and drive away, once for all, the confusion which unhappily characterises many of our ordinations now.

Therefore I plead for greater uniformity in the services and customs of our Church. We are one people, a united host, and our marks of differentiation should be universal and definite. I am aware that difficulties and even dangers almost immediately confront the policy. It may be that its adoption would meet with strenuous opposition.

But I feel convinced that, if it were fairly tried, it would soon justify itself and add yet more advantages to a community of Christians, already favoured above the average. We should see an end to the disorders that at present perplex and annoy us.

We should enhance the beauty of worship. We should make it possible for Primitive Methodists to feel perfectly at home in and familiar with the chief services, as held by our own Church in any part of the country. We should bestow a priceless boon upon those ministers who are more anxious to glorify God than to air their own fancies. And we should very properly restrain others whose practice of liberty frequently merges into license with all its attendant evils.

Already we have adopted the principle of uniformity in the Marriage Service and the Burial Service. Let the same thing be done for the services of public worship, which confessedly are very important; admission of members, which would be made as impressive as possible; the administration of the Sacraments, which calls for most reverent observance, and especially the ordination of ministers, an ordeal of eternal significance.