Our Church Hymnal - Do We Value It? 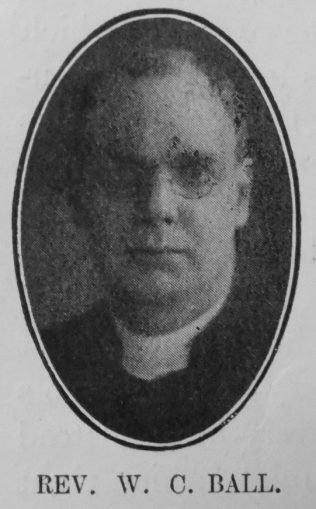 LET the wording of our question be carefully noted. It is the use that we make of our hymnal rather than the character of its contents that we propose to discuss. On the latter point much might be said both by way of praise and criticism. Taking it as a whole, we are proud of our hymnal, nevertheless there are omissions that we profoundly regret, as well as hymns included that we could willingly have spared. Some hymns, too, that have been wisely inserted, are inconveniently long, and on some important subjects, Temperance to wit, there are either no hymns at all, or the supply is very inadequate. It is idle, however, to pursue this phase of the subject, so we return to the more practical enquiry named above. Taking our hymnal  as we find it, do we make of it what we might?

It is true that most of these are linked with sacred associations, and have been many times made a blessing to God’s people. Yet when there are so many other hymns equally rich if not richer in thoughts and aspirations that minister to the spiritual life, there is very much to be said for a temporary neglect of the familiar in favour of the less known, if only that we may come back to the familiar again with new and deepened interest. As examples of hymns all too rarely heard and in many churches probably never sung at all, we may cite, Nos. 43, 63, 65, 72, 83, 136, 159, 186. 187, 195, 198, 199, 201, 310, 320, 413, 419, 427, 456, 458, 463, 474, 481, 484, 567, 605, 608, 647, 715, 743, 745, 765, 882, 958, 962, 991, 1,024 and 1,052. The list might be extended very much further if space permitted. Some of the hymns included in it are obviously only for special occasions, but to quote a line from one of them, “Feast after feast thus comes and passes by” very often without their being heard. In many instances, no doubt, it is the tune that is the real problem. The preacher to whom the selection is usually left hesitates to choose some hymns lest he should embarrass the choir and congregation. But is not such a course sometimes prompted by mistaken kindness? Would it not occasionally be good for choir and congregation to have to struggle through an unfamiliar metre even at the risk of a possible breakdown, and thus be incited to make an effort to master the tunes that lie away from the beaten track? We know a choirmaster with only a feeble choir at his command, who for twenty years and more has never once sent a request to the preacher to change the hymn. If the tune was a stranger it had to be tackled, and though the singers chafed sometimes under the iron discipline, to their credit be it said, they accepted the conditions bravely, and to-day in that church there are few, if any, hymns that cannot be heartily sung.

Few choirmasters perhaps would imitate our friend, but if the unfamiliar hymns were put down time after time only to be regularly returned, we have no doubt that in the larger churches, at any rate, a way out of the humiliating deadlock would speedily be found.

But it is not simply the lack of a familiar tune that leads to the neglect of some of our finest hymns. Many of them are wedded to noble music which the majority of our congregations know how to effectively render. Such hymns often owe their rare appearance to the fact that preachers too slavishly follow the classification adopted in our book. Let it not be thought that we are here finding fault with the compilers of our hymnal. Any system of classification is open to objections, and we are free to say that in our opinion our hymnal editors have done admirably in this matter, but because a particular hymn is located for convenience in a certain section, that is no reason why preachers and others should be debarred from using their own discretion as to its suitability for other occasions than those expressly contemplated by the Hymnal Committee. Take the question of missions for instance. Some circuit ministers at the Annual Missionary Meeting seem utterly unable to look away from the eight hundreds. It does not seem to have dawned upon them that all hymns on the kingdom of Christ, and most hymns on Christian service are missionary hymns.

No one has a greater admiration than ourselves for Bishop Heber and his famous hymn, yet we confess that the constant recurrence of “From Greenland’s icy mountains” makes us feel depressed. We have sometimes wondered whether the proximity of those icy mountains has been responsible for the chill that has occasionally settled over the missionary meeting.

Then again, why should a noble hymn like “We plough the fields and scatter” be restricted to the Harvest Festival? To acknowledge God’s gifts with thankful hearts is surely seasonable any time. And can anyone explain why the deeply spiritual hymns in the section headed “The Holy Spirit” are almost universally neglected except on Whit Sunday? It is well known that Dr. Dale in his later years at Carr’s Lane, Birmingham, introduced an Easter hymn into the service every Sunday morning, in order that his people might be constantly reminded of a supreme fact of faith. Perhaps he pushed a good idea to an extreme, but some things are better overdone than underdone; and certainly great central truths should not be relegated to one Sunday in the year, however wisely that Sunday may be utilised when it comes.

On the other hand, positive inappropriateness should be shunned. The good brother who gave out “Abide with me, fast falls the eventide’’ when the morning sun was streaming into the sanctuary, had probably chosen his hymns in a hurry. Equally ridiculous was the exploit of the preacher who started the Sunday evening service with “Sweet Saviour, bless us ere we go,” and when the organist crowned this achievement by playing “Sagina,” we imagine the refined spirits in the congregation must have had a bad time. Special care should be taken in selecting hymns when the company is small or exclusively composed of believers. Some absurd blunders have been made on such occasions which a little forethought would have avoided.

Other aspects of our theme invite attention, but only two can be named here, and those but briefly. Looking behind the hymns to their authors, what a fascinating line of research opens up to us. Take up our hymnal, for example, and note how the different ages have been laid under contribution, how the different nations are represented, and what perhaps is most striking of all, how diverse is the theological standpoint of those whose productions are here gathered together. Calvinists and Arminians, Episcopalians and Quakers, Roman Catholics and Unitarians unite in furnishing us with songs of praise. Some of them would not be tolerated in our pulpits, but we have no hesitation in taking their psalmody into our lips. There is a wholesome moral in this fact if we will take it to heart.

Lastly, may we urge the wisdom of saturating the mind with the noblest of our hymns? Such a habit will not only be a powerful aid to devotion, enlarging the scope and enriching the vocabulary of our private and public prayers, but it will also store up in the memory a provision for the declining years of life. When the day comes that the sanctuary can no longer be visited, and when even at home the boldest type will be too small for the fading vision, thrice blesséd will he be who has a hymn-book hidden in his heart.