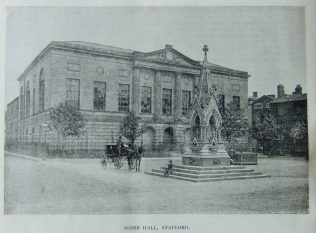 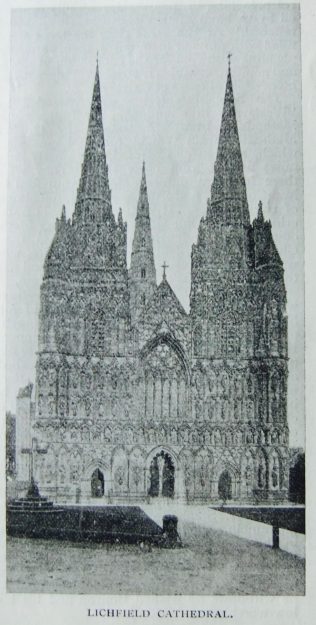 Transcription of Article in the Christian Messenger by Fenton Allen

Our Society Class tickets are a reminder, quarter by quarter, that the first English Camp Meeting was held on May 31st, 1807. This historical assembly was held on the Cheshire slopes of Mow Hill, and was attended by some thousands of people from the neighbouring towns and villages. The superintendent minister of the Burslem Wesleyan Circuit, who was opposed to the gathering, had previously declared ‘that one meeting will satisfy the people.’ Evidently this desire was father to the thought. This one Sabbath day’s Prayer and Praise Meeting on Mow Hill was such a glorious spiritual success that Hugh Bourne determined to hold a second Camp-meeting on Mow Hill, on a more extensive scale. It was arranged to be held in the month of July, to counteract the demoralising influences of the Potteries Wakes.

Opposition to the proposed Camp Meeting was threatened by Mr. Stevenson, who was a master potter living on the outskirts of Burslem. He was a man of considerable influence in the neighbourhood, and he determined that he would interdict the Camp Meeting under the Conventicle Act. This obnoxious enactment, which had been adopted by the English Parliamentary Legislature in the reign of Charles II., was repealed in June, 1812. It imposed a penalty of twenty pounds upon each preacher who should take part; and each bearer above sixteen years of age was liable to a fine of five shillings. Hugh Bourne was greatly troubled in spirit respecting Mr. Stephenson‘s threatening attitude. After much prayer he determined that he would secure a license from the Bishop‘s Court in Lichfield to hold the Camp Meeting, and that he would secure a license for himself as a Non-conformist minister at the forthcoming Quarter Sessions to be held in the Shire Hall at Stafford.

Bourne selected a suitable site on one of the open wastes on the top of the mountain, and secured a grant of occupation from a freeholder. He then drew up a brief in the form of an application. On foot he proceeded a distance of nearly forty miles to the diocesan city of Lichfield. The Registrar of the Bishop’s Court refused to grant a license without there was a building erected upon Mow Hill to hold the worshippers. Bourne was greatly disappointed by the legal permit being withheld. He, however, turned into the stately cathedral where he had several times previously assembled with the worshippers. In describing his peculiar thoughts and experience, he says: ‘I was at Lichfield to get a license for Mow Meeting, and I went into the Minster. After the service began, it ran through my mind, ‘Get thee out of this place, and beware of the woman that has the golden cup in her hand, and those that are with her; their ways are death, sin no more lest a worse thing come upon thee.’ This startled me, as I had before taken delight in their singing of the service. I saw much sin and lightness among the parsons. It seemed like gross idolatry for them to spend their time in such a manner; but then I thought the words of the service are good. It then struck me, ‘These people draweth nigh unto me with their lips, etc. I prayed to God that if the impression to go out was from Him, it might increase, if not that it might go away; it increased till I was quite miserable. I then thought to go out, and a voice came, ‘Escape for thy life,’etc. They were singing the Te Deum. I took my hat as soon as they had done the Te Deum and went out, and the burden was removed. It looked as if judgments hung over the place. I stopped all afternoon in Lichfield, and such a travail of soul came upon me as I have never before experienced — it was for the city; I mourned greatly; it seemed as if the people had almost sinned out the day of their visitation. I trembled for the place and people. O, my God, have mercy on them. I found myself willing to die for them.’

Hugh Bourne returned to Bemersley fired with holy enthusiasm to hold the meeting. As a working carpenter he exercised his mechanical skill in superintending the erection of a huge wooden fabric, which he designated a tabernacle, and also he pitched three spacious tents for the holding of prayer meetings with mourners. When these temporary erections were completed, he applied a second time to the Bishop of Lichfield‘s Court, for the legal document which would enable him to hold the second Camp Meeting under the strong arm of British civil law.

On Thursday, July 16th, 1807, Hugh Bourne made application at the Quarter Sessions held at the Shire Hall, Stafford, for a license enabling him to preach the gospel. In open court, he made upon oath the following declaration: ‘I, Hugh Bourne, do solemnly declare in the presence of Almighty God, that I am a Christian and a Protestant, and as such, that I believe that the scriptures of the Old and New Testament, as commonly received among the Protestant churches, do contain the will of God, and that I do receive the same as the rule of my faith and practice.’

The Methodist ministers of the Burslem Wesleyan Circuit issued bills disclaiming their connection with the proposed Camp Meeting. Some persons of the baser sort cruelly insinuated that these so-called religious open-air meetings on Mow Cop were really promoted for political purposes by Hugh Bourne and his band of Confederates, who were disaffected against His Majesty’s government. Bourne was a great believer in ‘printer‘s ink.’ He accordingly issued large placards, which were posted in the most conspicuous places throughout the Pottery towns and villages affirming that the Camp Meeting would be held. Hugh Bourne also distributed through the agency of his faithful followers several thousands of pamphlets amongst the neighbouring towns of Staffordshire and Cheshire, containing the following regulations and information, viz: ‘I have now to inform our friends that (God willing) there will be a Camp Meeting held on Mow Cop, to begin on Saturday, July 18th, 1807, at four o’clock in the afternoon, to be held day and night, for two or three days or more. The provision made for strangers at the Camp Meeting that is past was small, the cause of which was, that such a meeting being a new thing in England, the managers were unacquainted with the proper method of making preparations for it.‘

To remedy the inconvenience of the first Camp Meeting, Hugh Bourne, the man of method and of great organising power, had decided: ‘(1) To get the ground regularly licensed under the Toleration Act, that all interruption, or misbehaviour, in the time of meeting, may be prevented, or else punished as the law directs. (2) To provide a sufficient quantity of stands or seats. (3) To provide tents, etc., sufficient to defend the people from the inclemency of the weather. (4) To provide a large supply of coals, lanterns, candles, etc., to light the camp during the night. (5) To get provision to supply all distant comers during the Sabbath. (6) To defray these expenses by public collections during the meeting.’

Bourne further states: ‘An attentive observer will soon perceive some difference between America and England with regard to Camp-Meetings. There the people are more employed in farming, which enables them with more convenience to bring provisions and equipage for tents. With regard to tents, the difficulties will be removed by the managers erecting them, and tradespeople, who are accustomed to buy their provisions, may, when the Sabbath is past, buy them with as much convenience at Harriseahead as at other places.’

This memorable second Mow Cop Camp Meeting, which was far-reaching in its spiritual results, and far more important in its influence than its predecessor, was held on an unsheltered mountain at an altitude of over a thousand feet above the sea level, and exposed to the south-westerly breezes blowing from the Great Atlantic. The promoters of the Camp Meeting were, however, favoured with ‘king‘s weather.’ Bourne, with his keen, observing eye and matter-of-fact detail, says: ‘The sun shone brightly and the ground was warm, pleasant, and comfortable.’

The meetings were inaugurated on the Saturday evening with a powerful prayer meeting. The services of the Sabbath were commenced at the early hour of six o’clock, and were attended with ‘a holy unction.’ The converting work broke out, and a number of penitents were in distress. An adjournment was made for breakfast. In the forenoon and after part of the day the services were entered into with much earnestness. Throughout the day the tabernacle was crowded with devout hearers listening to the powerful preaching of the gospel, faithfully delivered by ‘a band of men whose hearts God had touched.’ At the same time the tents were filled with praying men and women, earnestly pleading with God for the conversion of souls, and pointing conscience-stricken sinners to the blood-stained cross of Calvary.

The Sabbath services were attended by ‘Wesleyans in abundance’, by Independent Methodists from Macclesfield, by Quaker Methodists from Warrington, in Lancashire, which, as Bourne observed, was nearly forty miles distant from Mow Cop. They were there in large numbers from Knutsford in Mid-Cheshire, and from Stockport, a distance of twenty miles. It was a memorable gathering of Wesleyan Methodists, Quaker Methodists, and Independent Methodists from Cheshire, Staffordshire, and Lancashire, who were united in securing the glory of God and the extension of the Redeemer’s Kingdom.

During the Sabbath afternoon the meetings were slightly disturbed by the arrival of Mr. Stephenson, who, along with another master potter, rode into the midst of the worshippers. He peremptorily demanded the people to disperse. Hugh Bourne had been so absorbed, and so busily engaged in making preparations for this great gathering on Mow Cop, that he had overlooked putting on his Sunday suit of clothes, and he was clad in the working attire of a Staffordshire ‘moorland carpenter.’ When the people were alarmed, and were preparing for leaving the camp-ground, the plainly-attired Hugh Bourne, in a stentorian voice, cried: ‘Whoever is fined for attending this meeting I will pay all cost and charge.’ When Mr. Stephenson rode past the notice announcing the legality of holding the meeting by Bishop’s License he discovered that he had, by his interruption, violated the national law, and had thereby exposed himself to its penalties. He, however, apologised, and as he withdrew he wished Bourne and his fellow-worshippers ‘God-speed.’

The meetings were continued throughout the whole of the following Monday, and were brought to It successful close on the Tuesday evening. The services resulted in the conversion of over sixty precious souls, and gave an impetus to the Methodist Churches of the surrounding neighbourhood. This second Mow Cop Camp Meeting, as Hugh Bourne observes, ‘opened out the converting work in a glorious manner and stemmed the tide of ungodliness’ which for many years had been proverbial in connection with the annual wakes.

On the wakes’ Sunday of 1808 another powerful Camp Meeting was held. It is somewhat signi?cant that there were no preachers present from Tunstall nor Burslem. The design of holding the second Camp Meeting was to counteract the baneful evils connected with the wakes. The biographer of Hugh Bourne, in his reference to the Camp Meeting of 1809, says: ‘The standard of truth planted on the mountain finally prevailed, and the brutal sports practised at the annual feas were for ever banished from the Staffordshire side of Mow Cop.‘