You are here: HomenextTopicsnextWomennextSister Annie 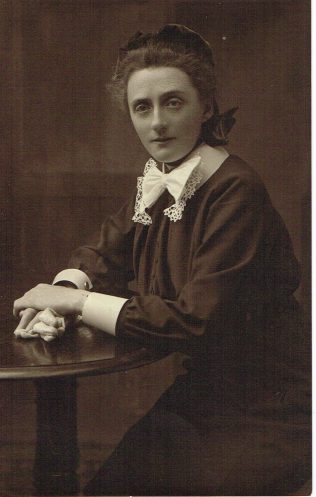 The first Sister of the Poor was Emma Davis, who was known as Sister Annie.  She was appointed to serve at the Surrey Chapel, Rotherhithe.  As she died before 1903, this can not be her, but another ‘Sister Annie’.

Who was she?  This postcard links her to Hinckley Road Primitive Methodist Church, Leicester, about 1905. Is she wearing a uniform?  Could she have been one of the Sisters of the Poor, the PM equivalent of the Wesleyan Deaconess order.