Presented to A L Wilkinson 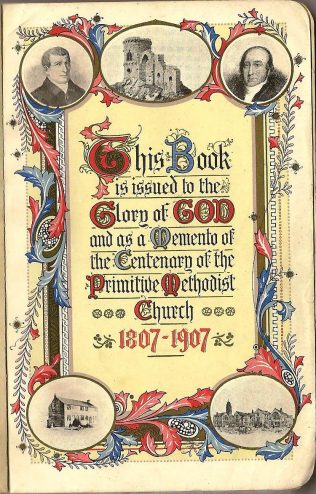 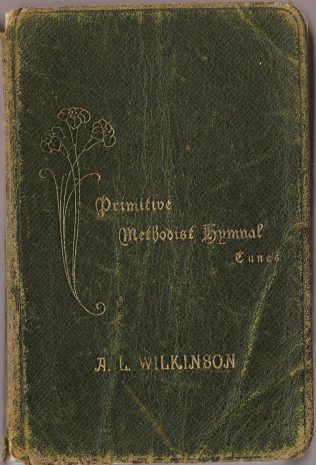 As part of the Centenary celebrations in 1907, it seems that special presentation copies of The Primitive Methodist Hymnal were published and distributed.

The Hymnal was ‘issued to the Glory of God and as a Memento of the Centenary of the Primitive Methodist Church 1807-1907.’ This edition included tunes; was edited by George Booth; and the harmonies revised by Henry Coward. It was published by Edwin Dalton, London.

This copy has the name ‘A L Wilkinson’ on the cover. I wonder if it was specially embossed, or whether other presentation copies also had the recipient’s name on the cover? Does anyone else have a similar copy?