You are here: HomenextPlacesnextAmericanextAmerica: Primitive Methodism in 19th century America 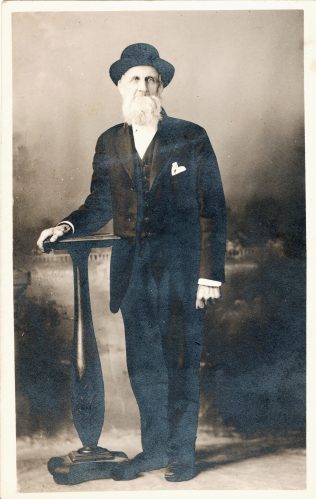 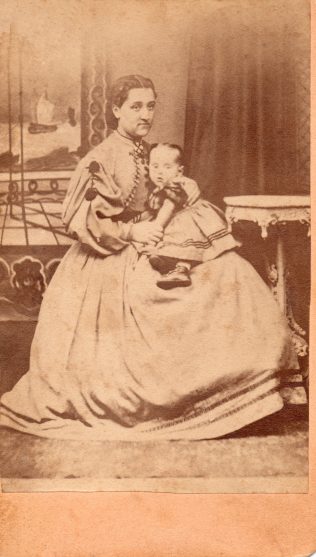 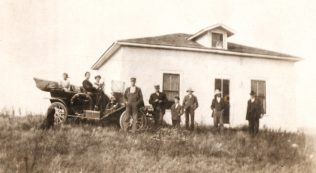 My ancesters were mostly born in Cambridgeshire but several emigrated to America. One brother of my great grandfather, had a son called James and he had a son called Abner and this is his story. It is taken from “Audus descendants” which was written in America.

He quotes “We all do fall as a leaf.”

I gave my heart to my Saviour when I was about 17 years old and united with the Primitive Methodist Soc. and was a member of the church. Was Prayer Leader and local preacher for about 2 years. In 1862 – moved to London and was a local preacher in London for 2years.

In May 1866 I worked on a farm for my Uncle 6 miles from town. There was no church there. We had a Union school (Sabbath) in the school house. There were Methodist, Baptist and Freewill Methodist and myself and my wife who were Primitive Methodists.

in 1873 my wife died and I was left with 3 children, James Arthur, Edith and Herbert.

In 1874 moved to Adaville School, Plymouth County. Was no church there. We had a Union School (Sabbath) until a preacher came in the winter of 1874. He was a United Brethen Soc. Organised a class of about 80 members. I was with them for 2 winters. 1874-5 helped with Revival Meetings. Was a local preacher 4 years. Helped Jacob Brown one winter – holding meetings 1876

!878 went to the Annual Conference – had Circuit Charge for 6 months. resigned in 1879 – went to Annual Conference – had West Fork charge for 2 years. I married Mrs Milesa J Dack in 1880. Lived near Adaville in 1881 then moved to Elk Point, South Dakota. Worked in Methodist Church and Sabbath school. Had Bible class for 8 years. Then moved to Akron, Iowa in 1914 united with Methodist Church there.

Will add – Grandfather was a happy man – member of Adult Bible class and was loved for his knowledge of the Scriptures. He died in 1925 – lived with my folks for 9 years. He is buried in Rosehill cemetery.

That is Abner Audus story.  Two of his three Children were adopted. He kept Arthur. I am in touch with their descendants. Don Longacre is descended from James Arthur Audus, Abner’s son.