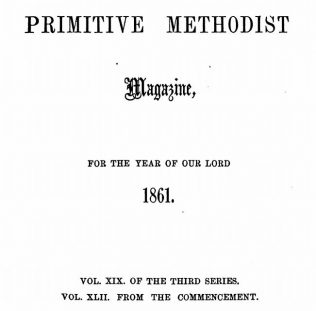 Of the 65 openings listed, 30 buildings still exist in one form or another.

The new chapel at Farthinghoe in the Banbury circuit had formerly been a barn.

When the chapel at East Garston in the Newbury circuit was opened, relatively few came to the celebration tea because it was harvest time and the weather was too good to miss.

The new chapel at Scholes near Huddersfield was “well spouted”, whatever that means.

The chapel at Worksop in Nottinghamshire encountered all sorts of money problems, including the death of the person who lent them the mortgage, trustees too poor to meet their debt and not spending money wisely.

At Maldon in Essex, before they had a chapel they met in a boatyard, sheltered by sails.