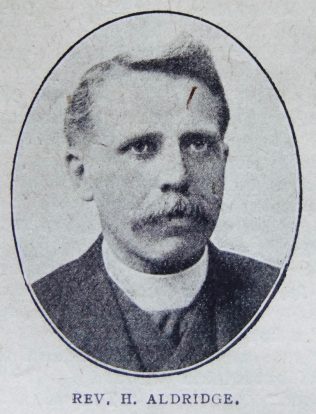 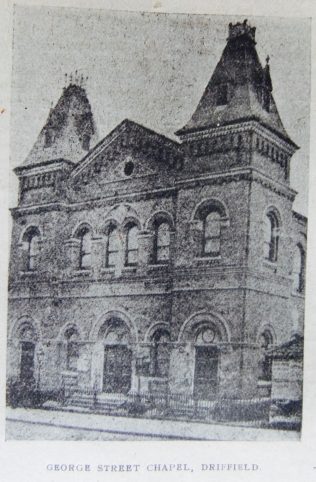 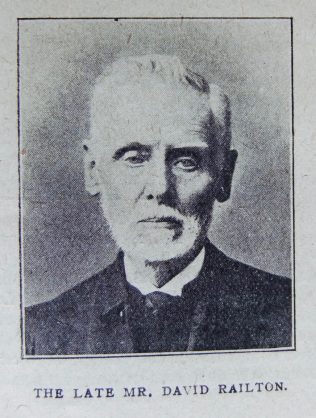 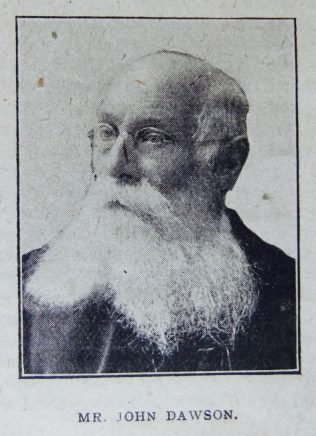 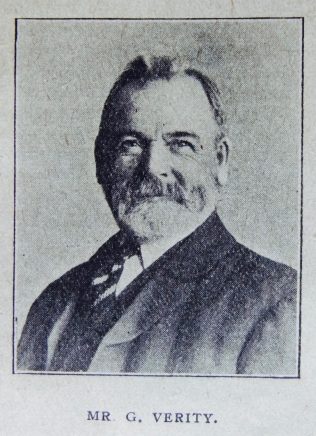 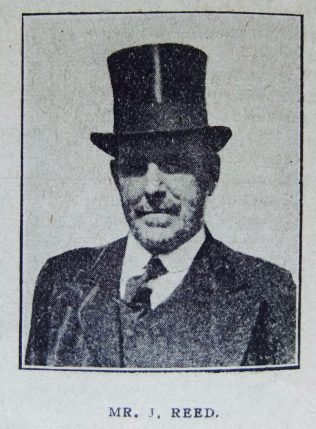 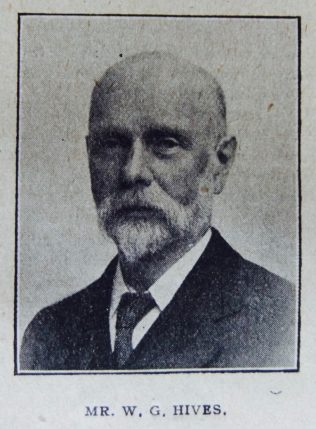 Transcription of Article in the Christian Messenger by Rev. Harry Aldridge

THE Driffield Circuit consists of twenty-eight churches, scattered over a big tract of the Yorkshire Wolds and adjoining low land. The district is purely agricultural. Apart from Driffield, the circuit is composed of villages, ranging in population from 100 to 1,300. Driffield – a thriving market town of 5,700 inhabitants – is the metropolis of the whole district. The society in this town has been in existence one hundred and three years, and some of the village societies must be near their centenary. Nearly all the churches in the circuit formed part originally of the old Hull circuit, until they became an independent circuit with Driffield at the head in 1837. The circuit has been reckoned rightly among the strong circuits of the Connexion. For many years, gracious seasons of revival were frequent, through which numbers of hearers were attracted to the churches and a large membership was maintained. The circuit was fortunate in securing the services of such able ministers as Revs. J. Flesher, T. Holliday, W. Garner, C. Kendall and T. Whitehead. Five of its preachers became presidents of the Conference. Laymen of exceptional ability, piety, and force of character have filled official positions. Among the “worthies of fragrant memory” are Thomas Wood, Thomas Jackson, Isaac Miller, and David Railton, of Driffield; George Bullock, of Wetwang; Thomas Escritt, familiarly known as “the bishop of Cranswick”; Robert Belt, of West Luton; and many others. Numerically the circuit reached its climax in 1890, when 1,335 members were reported to Conference. Since then, the membership has declined, and now stands at 803. The decrease is due, partly to the exodus of the most gifted and vigorous of the younger people to industrial centres, but still more to the absence of those seasons of revival which marked former days. Financially the circuit has made continuous progress. Revenue has increased and debts have diminished until £977 only remain upon properties valued at £16,000.

Mr. W.G. Hives and J. Reed are the circuit chancellors. Two years ago they succeeded the late David Railton, who deserves much larger mention than can be given here. A born statesman, an unwearying worker, he filled during his long life more official positions, and for longer periods, than any man the circuit has produced. When called to the Higher Service in his eightieth year, he had held the superintendency of the George Street Sunday-school fifty-seven years, and the circuit stewardship about half-a-century. His successors entered into no easy heritage, owing to the reaction of the war on social conditions and church life; but they are proving fully equal to their task. Mr. Hives, a West Yorkshireman, is a bank manager by profession, and has made music his hobby. In his younger days, he was connected with Belle Vue Church, Leeds, and later, was the organist of the Central Hall, Bradford. When he removed to Driffield, he joined the George Street Church, of which he is now trust treasurer, also choirmaster and organist – a post which was filled for twenty-seven years, with considerable distinction by the late Mr. Joel Dossor. Mr. Hives is the treasurer of the Cottage Hospital, and the Y.M.C.A. in Driffield; and he is widely known in the Hull District as treasurer of the Orphanage Committee. Mr. J. Reed, his colleague, is a native of Kirkburn, a village in the circuit. His mother laid the first brick of the old chapel, in honour of being the most successful collector of donations; and she lived to lay a stone in the present building. Coming to Driffield thirty-five years ago, Mr. Reed has been most successful in business. He has served the church as class leader, treasurer, and secretary of the trust; he contributed generously, with others, to the debt reduction and new organ funds, and he makes an ever-ready and most hospitable host. During the war period, he was treasurer of the Red Cross Fund, which reached the total of £4,000. The greatest difficulty of the stewards has been to make provision for the largely increased expenditure of recent years. (Between 1914 and 1920 the annual expenditure rose from £500 to £1,150). But by preparing a new scale of allocations and arranging circuit gatherings they have helped to place the circuit on a sound financial basis.

The premier church of the circuit is George Street, Driffield. The first chapel stood in Mill Street, and was used from 1821-1874; when the noble property in George Street was opened. A fine galleried chapel capable of seating 900 people, adjoins school premises to accommodate 600 scholars. In 1906 the chapel was equipped with a modern organ mechanically blown. The first service held in the chapel was a Dedicatory Prayer Meeting, conducted by Mr. T. Wood, assisted by the circuit ministers. The “opening day” ended with a public meeting, at which no less than ten speakers (according to advertisement) had consented to give addresses. The church is famed in the district for its magnificent Sunday-evening congregations, its hearty congregational singing, and the warm atmosphere which pervades its worship. In Mr. G. Verity the church has a devoted steward. The Jews never loved the Temple more deeply than Mr. Verity loves George Street. No task is too big, and none too menial, if necessary for the welfare of Zion. His counsel time, and service are always at the disposal of his church. Still young in spirit, he has been a class leader and school-worker forty-three years, and is now in the thirty-third year of his stewardship. He has a worthy assistant in Mr. J. Layton. From this church, the Rev. W. Armstrong was called to the ministry.

Next in importance to George Street is the church at Nafferton – a large village near to Driffield of 1,240 inhabitants. This church, during the last thirty-years, has had a record of prosperity unequalled in the circuit. The chapel debt has been paid off, the membership substantially enlarged, the Sunday-school roll augmented, and the quarterly allocation increased four-fold. A group of vigorous and sagacious leaders, including Messrs. Beedham, Hall, Robinson, Taylor, Verity, Wilson, among others, co-operating zealously and harmoniously with the resident minister, explains in large measure the continued progress of the church. Nor has the climax been reached. A fine band of young people is prophetic of a great future. From this church the Revs. J.T. Lyon, and J.H. Johnson were called to the ministry.

A tour round the whole circuit involves a visit to twenty-six churches not yet mentioned. Some of these have historic interests for Primitive Methodists. The mortal remains of Captain Edward Anderson, who took part in the early camp meeting movement, lie in the churchyard at Kilham. The Captain’s home was at Langtoft where a great camp meeting was held on August, 16th, 1807. Beeford was the birth-place and burial-place of Thomas Watson, a famous boy-preacher, who was a travelling-preacher for six years and died at the age of nineteen. Other churches are noteworthy as the spiritual homes of well-known Primitive Methodist families. Cranswick is the home of the Bowes, Dosser, and Duke families. It has also given to the ministry the late Rev. J. Scruton and the Rev. W.H. Whiting. Etton is the home of the Wood family and Wetwang of the Sykes family. Our church and the Brotherhood movement owe no small debt to the family which produced the distinguished Rev. Tom Sykes. At Kilnwick we have been housed for many years in the renovated Anglican school-room, secured largely through the efforts of Mr. J. Pinder. At Bainton stands the oldest chapel (1837) in the circuit, and at Bockington the newest (1913). The senior lay- preacher on the plan, the Venerable Mr. John Dawson, is the mainspring of the church at West Lutton During the last half-century he has fathered this society, and has tramped fourteen hundred miles with the carol singers, collecting over £270. The festivals of his life have been chapel-efforts. At his Jubilee the debt was reduced by one half, and the remainder was repaid at his Golden Wedding. Sorely smitten, now, by the loss of his dear wife, he continues bravely in his noble ministry. Churches are found also at Beswick, Watton, Fimber, Garton, Gembling, Kelk, Kilham, Kirkburn, Little Driffield, Lund, Middleton, North Dalton, Ruston Parva, and Weaverthorpe.

In working this circuit the local preacher is of vital importance. In addition to the services of three ministers, twenty-four lay-preachers are necessary every Sunday to maintain public worship. Fortunately, the circuit has a large staff of “locals”; many of them being men of excellent gifts, whose faithful ministry is beyond praise. As the area of the circuit is not less than one hundred and fifty square miles, it will be readily understood that travelling to take appointments is no light matter. The road is the only means of access. For many years a trap was used, Sundays and week days, for the longest journeys, but this arrangement collapsed during the war period. Then a motor car was hired by the lay preachers for Sunday use only, but the cost proved prohibitive. Last year, the circuit boldly attempted to solve [the problem by purchasing a Ford Touring Car, for the sole use of its ministers and laymen. Though somewhat costly, the car, christened the “Primitive Methodist” has become a circuit “institution” generally approved. On one occasion, even the car was defeated by the unexpected. The snow-storm falling suddenly Sunday, January 16th, caught the car without chains, and in consequence, the “Primitive Methodist“ spent the night under a hedge; its occupants having the choice of tramping long miles in a blizzard, or throwing themselves on the hospitality of the Wetwang friends.

The circuit has a noble band of women, who play a great part in all special efforts and the raising of missionary revenue. Year by year, missionary collectors – invariably women – “carry the box” long distances through villages and to outlying farmsteads, in the missionary interest. In this work, Mrs. J. Laybourne holds the record. For fifty-two years she has worked the Gembling box, having tramped many hundreds of miles in all kinds of weather. A Ladies’ Missionary Auxiliary formed two years since, has saved the circuit from a large decrease in its contribution to the mission funds. A beginning has been made in forming women’s organisations in connection with individual churches. Driffield has long benefitted by a woman’s “Bright Hour.” Cranswick inaugurated a Woman’s Own last autumn. But many more are needed, for social intercourse and such purposes as Christian Evangelism, the visitation of the sick, and the advocacy of Temperance.

There is abroad in the circuit a feeling that the time is ripe for an “onward movement” which will attempt great things for God and the Kingdom. And there is being formed in the minds of its leaders a circuit programme which includes:—(1) An Evangelistic Campaign to carry everywhere by ordinary and extra-ordinary means the whole Christian message. (2) A serious attempt to train the most gifted youths and maidens for the ministry of the word in schools, pulpits, and the open air. (3) The formation of women’s societies in as many churches as possible, for fellowship and definite Christian work. (4) To raise by united effort £1,000 to clear chapel properties and the circuit fund from debt.

A large programme indeed; but the circuit is large, God is large, and all men respond most readily to large endeavours. We anticipate a future bright with promise.