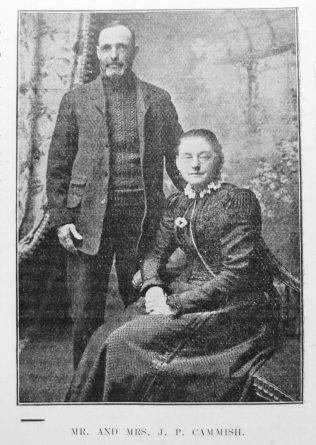 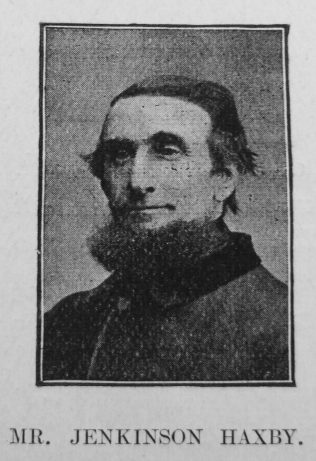 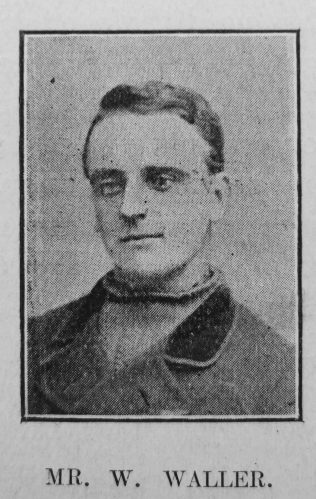 Transcription of Article in the Primitive Methodist Magazine by T. Graham

All readers of the life of J. Oxtoby know something of Filey. When every effort to gain a footing in Filey had failed “Praying Johnny” expressed his conviction that “the Lord was ganin’ to dea a great work in Filey.” And the word was prophetic. There was a great work, and the converts were of Johnny’s own type – fearless, prayerful, full of faith and of fire – and the type does not fail. What Filey was, Filey is, at least in part.

Our concern just now is not with the fishermen at home, but as known by their evangelistic labours throughout Yorkshire, and to some extent in adjoining counties. Announce that the “Filey Fishermen are coming,” and you fill your chapel. On one occasion, at West Street, Hull, £5 of the £9 collection was in copper coins. They are now mostly engaged for chapel anniversaries, and several places they visit year after year with increasing success. Their earlier labours were purely evangelistic, and this is still the predominant and most interesting phase of their work.

From the time that Jenkinson Haxby with twp oir three others first went out for a day’s “revival services,” such us are common on Yorkshire circuits, God has used the band in saving souls. The larger sphere of service opened when Rev. F.E. Heap became their “Sankey” and a small organ was placed in the rostrum to aid the service of song. What blessed memories they have of these days, days at the right hand of God! What scenes at Flottergate, Grimsby, at Driffield, at St. Sepulchre Street, Scarborough!

The present band has been at work for twenty-five years. They are just what they are called – converted fishermen. They come straight from the sea to the rostrum. And occasionally they have scarcely time to get off their fishing clothes. Once, when advertised for Hull, they landed at Scarborough just in time to catch the last train down the coast.

At Filey the resourceful wives waited on the station platform with Sunday clothes under their aprons. Most of the fishermen appear in the characteristic blue guernsey, from whom the few who wear collar and cuffs occasionally suffer a mild remonstrance for “forsaking the colours.”

Why do people flock to their services? The fishermen are not preachers. One or two are on the plan, and would do credit to any plan, but most do no public speaking whatever. We get simple addresses and testimonies. They just ring out the old experimental gospel. They themselves are definitely, radically, gloriously saved, and they can tell others both the experience and how to get it.

The charm is largely in the setting of the truth. These men live, move, and have their being in the sea-world, and they bring their world with them – the sea, the rocks, the storms, the fishing vessel,

Filey village, and the Filey dialect as well. At one time they were drifting on the rocks, but they sent up a rocket and Jesus delivered them. Let any sinking soul cry out, and Christ will send out the lifeboat. Sometimes they have doubted if they could make the harbour, but they never feared making the heavenly port. After an expression of this nature a speaker will lapse into Hebrew and cry “Hallelujah!” They are full of fishing reminiscences, and tell thrilling stories of peril, as for example, when a storm has been so violent that they have kneeled together and commended each other and their families to God, feeling sure that they would never see home again.

Another attraction of their services is the singing, which is as inspiring as the speaking, and as unconventional. The old Methodist favourites seem to gain a new power in these services. But even more effective when used by them are the many modern sacred songs which smack of the sea. Let any reader try to imagine the effect when this bronzed-faced, blue-guernseyed choir sings, “Rocks and storms,” “Does your anchor hold?” or “Throw out the life-line.” The singing of these men makes it easy to believe in Christ. Jenkinson Haxby will stand up and quietly talk of heaven and salvation and of being ready to die. “Now,” he will say, “let us sing a verse. Sing it softly; not too fast; sing it with power.”
“When I go down the stream of Time,
When death shall shake this frame,

Prepare me, prepare me, Lord,
When death shall shake this frame.”

And the congregation is ushered into the realm of the unseen and the eternal. Journeying home from Pocklington late one night they stopped at a village to rest the horses. While waiting they stood and sang, “I will sing of my Redeemer.” A man and his wife came out of doors to listen. Five years after, the woman told Jenkinson Haxby that she and her husband were converted through that singing.

The fishermen are specially successful among their own class. At least one member of the band was converted on board when out at sea with the others. Indeed any man who signed on for a voyage in the “William Clowes,” or any similarly named vessel, ran very great risk of being caught in the

Gospel net. Some of their greatest triumphs have been in the fishing villages along the coast. In one small chapel twenty-four stalwart fishermen knelt together at the penitents’ form. As the result of the services at this place a vessel returned to port after getting forty miles out at sea, because one of the crew wanted to be saved and there was no one on board who could pray with him.

Messrs. M. Waller and J P. Cammish have been members of the band for many years. Both are now located in Hull, and rendering excellent service. Mr. Waller is at local preacher, and Mr. Cammish is said,to be one of the most successful class-leaders in Yorkshire. The most striking figure is that of the venerable leader. “Jenkinson Haxby,” as everybody calls him, is one of Nature’s gentlemen. At home, he is the “Bishop of Filey,” and the first sent for in time of trouble. Saved at thirteen, he first led his father and mother to the class meeting. Leading his father, he proposed a detour in order to call upon an uncle. “Uncle,” he said, “father is coming to the class to get pardoned. Will you come, too? Put on your coat. The Lord has sent me to ask you.” Both were saved that Sunday morning. Mr. Haxby’s career has been fittingly crowned by appointment to Deed Poll membership.