You are here: HomenextTopicsnextOccupationsnextPrimitive Methodism and the Agricultural Labourer

Primitive Methodism and the Agricultural Labourer 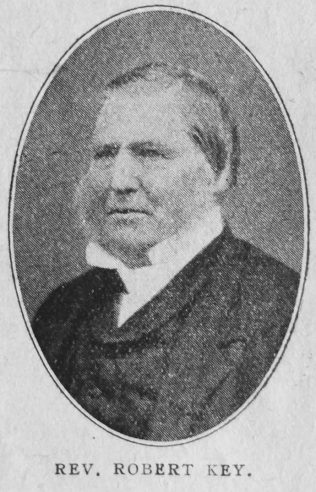 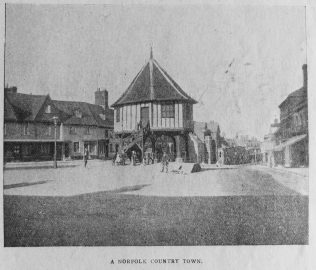 Transcription of Article in the Christian Messenger by Rev. E.S. France

ONE of the outstanding features of the Primitive Methodist Church has been its genius for adaptability. All sorts and conditions of men have listened to its message with gladness of heart. It has won its way among the people because of its power of appeal to the deepest instincts and needs of our common humanity. In all its ministry it has sought its way to the heart of things, and endeavoured to win men and women to true relationship with God. In rural East Anglia we have had conspicuous success.

A statement made many years ago by Canon Jessopp, contained both a tribute and a prophecy concerning the work of our church in Arcady.

“ In hundreds of parishes, the stuffy little chapel has been the only place where for many a long day the very existence of religious emotion has been recognised; where the yearnings of the soul have been allowed to express themselves in language unfettered by rigid forms; where the agonised conscience has been invited to unburden itself by confession; the only place where the peasantry have enjoyed liberty to express their opinion. There an organisation elaborated with extraordinary sagacity, has maintained a school of music, literature and politics, self-supporting and unaided by dole or charity, and a school of eloquence in which the lowliest has been trained to express himself with directness and fluency. What the Society of Jesus was to the cultured of the 16th century, what the Friars were to the masses of the 13th, that the Primitive Methodists are in a fair way of becoming to East Anglian labourers in our own time.”

How far we have merited this tribute our history sufficiently attests. The prophecy is to some extent a prophecy still. At the same time it will be generally conceded that our church has done some of its best work among the rural workers of East Anglia.

Dark and ominous days witnessed the beginning of our mission to the people in these parts. Wages were low, food was dear, housing conditions were bad, morals were deplorable, and religion as a vital force moribund. To quote Jessopp again: “During the nine years ending with 1808, there were committed to the four prisons of Wymondham, Norwich, Aylsham and Walsingham, 2,336 men and women, to whom we may be sure little mercy was shewn.” Ignorance prevailed, brutal sports were in vogue, crime was in evidence everywhere. Sabbath desecration, often encouraged by the clergy themselves, poaching and incendiarism were the order of the day. Said a Cambridgeshire farmer to Robert Key: “Bless God; we can retire to rest tonight without any fear of being burnt out of our house before the morning. . . It was not always so, for we had a gang of vermin here who had plotted a scheme to burn a whole parish down, and they succeeded in destroying seventeen houses and burning seventeen families out of house and home. You may put these men into jail and upon the treadmill, but they will come out the same devils they went in, but if the Grace of God gets into their hearts it will change them . . , nothing else can do it. …… It used to cost me two shillings a night during a whole winter to pay a man to watch my premises, and even then we went to bed full of fear lest we should be burnt out before the morning. But thank God, your people came here and sung and preached and prayed about the streets (you could not get these vermin into church or chapel), the Word was brought to bear upon them in the open air, it fastened upon their guilty hearts, and they are now good men in your church.”

Key humorously claimed a life-pension on the ground that on his own showing, he had saved his farmer-friend at least fourteen shillings a week. He did not get the pension. A good donation, however, was gratefully given and gratefully received, and Key rejoiced in another striking proof that “the gospel is the only remedy for the world’s misery, and the only power that can make bad men good.”

It ought to be said in fairness to the agricultural labourer that these bands of ruffians were not recruited from the labouring class to any great extent. But whoever they were, village wastrels, neer-do-wells, or what not, there is always this to be borne in mind if not in justification at least in extenuation, that without the least shadow of a doubt they were for the most part the product of the social and economic conditions prevailing at the time.

Utopia has not yet come to the agricultural worker. But much has been done to brighten and improve his lot, and whatever further improvements in the life and lot of the village toiler are desirable and due, we recognise that in those which have already been effected, Primitive Methodism has played a worthy part. We have made new conditions possible by rendering the old impossible, and that mainly by the creation of new men and women in Christ Jesus who then began to find the old state of things intolerable. An indubitable sign of grace is the effort on the part of men to make their environment approximate to the level of their moral aspirations. Is it not there that our pioneers excelled? The “new man” became zealous in a quest for new things. He was made conscious of new needs, new enthusiasms, new ideals. Indeed, “old things passed away, and all things became new.” The people of East Anglia listened to this gospel at the feet of flaming evangelists, and a magnificent response followed the challenge. Religion once more became a vital force.

In his political emancipation the agricultural labourer owes no small debt to the ministry of our church. It would hardly be correct to describe our pioneer preachers as “political parsons,” but they took Jesus Christ at His word and preached His message to the masses: “Seek ye first the Kingdom of God and all other things shall be added unto you.” And it was not long before the added things came to pass – amongst them the vote, the birthright of every citizen. With the extension of the franchise to include the rural worker, he became conscious of his political power. He did not awake to this all at once. It was some time before he could be persuaded to believe in the secrecy of the ballot. Fear of the squire, with consequent loss of work, and sometimes a roof to shelter his family, on the slightest offence; fear of the parson with vanishing visions of blankets and coals at Christmas time, were sufficient to keep him for a time in a further state of political servitude. But this fear gradually subsided. Gladstone became his political idol whom he was not ashamed to confess, a framed picture of the G.O.M. of British politics adorning the walls of many a humble cottage and treasured as a family heirloom.

When Joseph Arch began his campaign for the establishment of the Labourer’s Union in Norfolk, he met with a ready welcome. He found his chief supporters and workers among the Primitive Methodists. Our local preachers supplied much of the needful oratory in these early years. Of the three pioneers of the movement – Joseph Arch, George Rix and George Edwards, two attained the height of their ambition to sit in the British House of Commons – Arch becoming a member for North Norfolk, and Mr. George Edwards is the present representative for South Norfolk.

The agricultural labourer has suffered from a great deal of misrepresentation in his time. He is not easily moved. Neither does he wear his heart on his sleeve, nor, it must be added, is he so easily gulled as some people imagine. He has a keen sense of the “realities.” Not very demonstrative except under clearly defined circumstances. Tell him that he has a grievance and he is not very much impressed, but once let him feel that he has one, then things are different and sometimes difficult. Your rural worker is not moved so much by appeals from the outside, as by the surge of mighty passions in him. That is true whether you study him at a political gathering, or in a prayer meeting. From those who seek to help him in any way he always demands the best. He may at times be slow of speech – but he is sure and keen in judgment. No preacher can afford to hold him cheaply. Said an old farm labourer, and within the last ten years at that, concerning a brother appointed to preach at the village chapel. ‘’I thought he was the Apostle Paul by the way he walked up the aisle to the pulpit, but when he began to preach I knew that he wasn’t.” And the dear old soul is representative of our village congregations. We are not very much interested in any argument concerning the respective claims of town and village to what is termed “intellectual” preaching, but all who are in touch with the situation will agree with that anything will not do for the villages. Our rural congregations demand the best that can be given to them, and if you do not “give it then they soon let you know that they know it, too.” No “distinguished stranger” need look for an invitation to pay a “return visit” if his first appearance bore any traces of the anything-will-do-for-the-country principle. Primitive Methodism has had a wonderful reaction upon the rural mind. It has been trained to expect “great” things. We can hold our own when we respect a faculty for whose alertness we have been largely responsible. But despise it and we shall lose our hold.

We have always appealed to men and women with a common need of salvation. To all, and without any reference of social distinctions, and insofar as they have given us the opportunity we have preached Jesus as the Saviour of the race. The labourer has responded, the village tradesman has responded, the farmer has responded, and together we have gathered them in the class-meeting, the preaching service, the prayer-meeting, remembering all the while that “One is our Master, even Christ, and all we are brethren.” In recent years a lamentable cleavage between the church and the workers has been observable. Our church does not stand alone in this respect. It is fashionable to tilt against organised religion. What is often overlooked, however, is that the world sometimes makes demands of the church which the church perhaps has no right to concede. Yet the fact remains, and we ask for it to be recognised, that in the past a great deal of the improvement in the social, economic, and religious life of the country-side has been due to the faithful witness to, and persistent advocacy, on the part of the Christian Church, of the saving truth of God, and its applicability to all aspects of human life. And in all this, no unworthy part has been played by the Primitive Methodist Church in rural England.