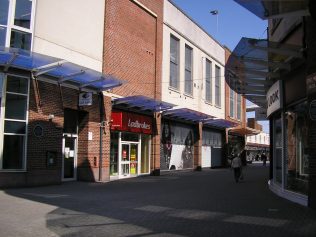 John Street chapel was built of stone and brick in 1883. In 1940 it had 400 sittings on pews. There was a schoolroom and nine other rooms. It was closed on 31 May 1965 after merger with another Methodist Church five minutes away. It has since been demolished and the site now (May 2015) is occupied by retail premises. No image of the building has been located. (Cumbria Archive Service, Carlisle DFCM14/13, DFCM2/145,; Carlisle Library, 1A287, Methodist Property Statistics 1940;

Note by me: This sort of issue is on-going with many properties, but recently concluded  “No One owns Airspace”, e.g., above ground level and does not touch a lower boundary fencing.”