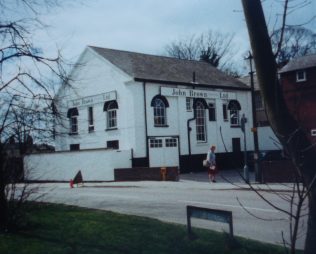 Saffron Walden PM chapel was erected in Castle Hill, Saffron Walden in 1868 after Methodism was introduced to the area by two Wesleyan lady preachers in the 1820’s. These ladies preached in Castle Street where Saffron Walden chapel is. However, the chapel was closed in 1937 and the premises were sold by 1939 and the proceeds given to Saffron Walden Common Hill charity. Fortunately, upon the closure of the chapel in Castle Hill, the PMs united with the Wesleyans at their premises on Castle Street to form a Methodist church. The church is still active and many different groups use the chapel, such as the girls brigade, women’s fellowship and a knit and natter group with an average congregation of 30 people. The Castle Hill building is now used commercially by ‘John Brown’ as can be seen painted on the building.