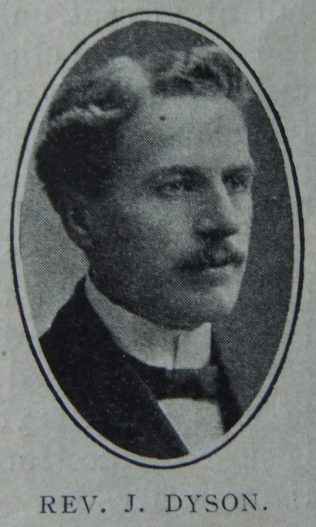 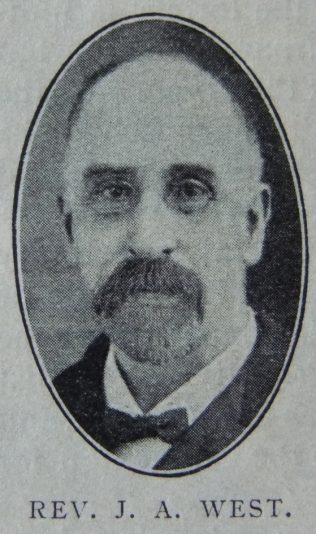 Transcription of article in the Christian Messenger by Rev. J.A. West

“Where is Seaton Delaval?” was one of the first questions asked of the writer when his removal thither was made known. To the questioners the name suggested a place as vaguely remote as John o’Groats. For the sake of the unlearned, then, Seaton Delaval Circuit is the last offspring of the formerly extensive North Shields Circuit, the northern boundary of which it still touches. Lying between the N.E. main line to Scotland and the North Sea, it is situated right in the heart of the Northumberland coal-field, which fact determines its character as a Circuit of straggling colliery villages.

Yet Seaton Delaval, modest and humble, has a few claims upon our attention. Was it not here that the spirit of unionism, now embodied in the County Miners’ Union, was kept alive, when elsewhere, all over the district, the newly-formed Miners’ Lodges became extinct owing to the fierce opposition they had to contend with?

The Circuit centre also gave shelter in his early years to the youth now known as the Rt. Hon. Thos. Burt, M.P., whose father and uncle were local preachers on the plan. From Delaval, also, the noted eighteen – eight of them members of our Church – were sent to Morpeth Gaol for two months hard labour. Although personally opposed to the action of the miners in “laying the pit idle” – their protest against injustice and unfair treatment – these eighteen were especially selected to be made an example of, because of their high character and respectability. There are a few other names whose fame has spread beyond the borders of the Circuit, but the record of the work which they did, is not written in the book of the “History of Northern Primitive Methodism,” by Mr. W. M. Patterson, and in a “P.M. Diamond Field,” by Rev. J. Bastow Wilson.

As a mining village Seaton Delaval rather prides itself on being above average in respectability and general good conduct. It has certainly some warrant for its claims. For here one never meets the amount of drunkenness and rough behaviour associated with such villages. Here we are possessed of a galleried chapel seating about 500 people, with, on Sunday evening, a good congregation, a large proportion of which consists of young people. The chapel, which is the second one built in the village, stands on the main road, and whilst not possessing any architectural beauty without, is yet within a very comfortable and pleasant building. The Society has just added a handsome and convenient school-room to its premises, and so met a long felt want. The old chapel, which was the scene of several gracious revivals, has now been pulled down to make room for a Masonic Hall. There are still a few of the old standard-bearers left in Messrs. Carter (Circuit Steward), Roseby and Slinn, whilst the name of T. Gleghorn is kept alive by several of the family who are associated with us.

SEGHILL, which stands second on the plan, has a new chapel, built in 1901, and already out of debt. For a long time the church here never seemed to succeed, but since the arrival of Mr. T. Dunn, engineer at the colliery, and the erection of the new building, a measure of prosperity has dawned upon it. We have now a considerable number of young people in the church, earnest and devoted, and the future seems to promise even better things.

CRAMLINGTON still remains, as for many years past, one of the strongest churches of the Circuit, with a good staff of officials. The majority of our members here are descendants of those Cornishmen and Devonians who were brought hither about 1865 to supply the places of the miners who were out on strike, many of whom were also put out of their homes. This did not tend at first to good feeling between the new arrivals and the men who were struggling for their rights. Happily, now, the non-native element has amalgamated with the native in the residential population, and the presence of the former is indicated chiefly by the surnames somewhat strange to the district, and the absence of the Northumbrian “burr” in the speech. The Trust Estate here consists of chapel and schools, now nearly out of debt, of which Mr. J. Burrell, a valued Circuit official, is secretary and also Society steward. A glimpse can be seen in the picture of the old chapel, where the proposal to commence a Primitive Methodist mission to New Zealand was ?rst mooted, and then afterwards laid before the Connexion for its adoption.

WEST CRAMLINGTON is a church whose greatest glory belongs to the past. At one time a very powerful Society, it is now, through emigrations and the removal of its members to newer parts of the Northumberland coal-field, reduced to a handful of members. The colliery is now nearly worked out, but the few members who remain are not unworthy of the traditions of the past. Placed, as they are, in difficult circumstances, they are amongst the most loyal and devoted workers in the Circuit. The chapel, built in 1851, was the scene, on one occasion, of a rather unusual incident. During one of the frequent bitter struggles of last century, when the men were dispossessed of their houses, an evicted family was allowed to take shelter in the chapel, warmed at that time by a great open fire. When Sunday came round, the, good woman (mother of a future Vice-President of Conference) cooked the dinner at this fire whilst the service was going on.

OLD and NEW HARTLEY also belong to the weaker churches of the Circuit. From both places the men go to work at the Hartley Pit, intimately associated in name with the pit which was the scene of a terrible disaster in 1862 – perhaps the saddest in all the long history of mining accidents. Two hundred and four men and boys were entombed in the pit, and perished before help could reach them. The disaster almost put an end to these churches, and they have never fully recovered from the effects. To the New Hartley Church helpers were sent from Delaval, and some of their descendants still continue in the work. One of these familieshas given a son up to our ministry in Rev. M. Dobinson, now of Barnsley.

DUDLEY possesses one of the prettiest chapels in the Circuit, built in 1899, with only £100 debt now remaining. It possesses the largest number of scholars of any place in the Circuit, but at present, unfortunately, has no schoolroom. The erection of one will be the chief task before this church in the immediate future. The musical service forms a prominent –part in the worship here, under the energetic leadership of Messrs. Creigh and Dinsdale.  There are some valued workers in connection with this church, and, led by Messrs. G. Bell and S. Pearson, we look for a career of extended usefulness for it in this village. One of its young men, Mr. G. Anderson, is now in the Hartley College preparing for the ministry.

BURRADON is a church which has suffered severely through a series of unforeseen events. The explosion in 1861 carried off some of our best workers. Then soon after the new chapel was opened in 1884, a prolonged strike, when the pit was closed for two years, depleted the church of its members and congregation, and left just a handful of folk to struggle with a heavy burden of debt. They have grappled with it very effectually, however, for at present the liabilities of the church are just over £100, and Burradon is now enjoying better days.

At Bates’ Cottages – a populous district just outside the boundary of Delaval Parish Council –we possess a good chapel and schoolroom, upon which there is less than £200 debt. Here we have every reason to do well as a church, since the Society contains the largest number of local preachers of any in the circuit some of whom are prominent both in the local and the County Miners‘ Union, and a body of young men and women who are willing helpers in every good work.

STATION TERRACE CHURCH lies at the N.W. end of the Circuit,  in a part of Cramlington which is beginning to develop again. Although one of the younger churches of the Circuit, it has  some years taken a deep and generous interest in the Circuit’s life. Staffed by a body of officials above the average in capacity for a small church, it occupies generally the first place in its support of the Circuit Fund in proportion to membership. From this church Rev J. Ramsey, the son of one of our local preachers, entered the ministry.

ANNITSFORD CHURCH has the honour of being the only Protestant place of worship in the village Worshipping in a small iron church, its members hold well together and do good service for Jesus Christ, and in this somewhat dark and Godless place they have seen trophies won for their Lord.

SEATON SLUICE is where the next extension of our church work will take place. On the coast between Blyth and Whitley Bay, there are some bold enough to prophesy that this is the coming rival to Whitley Bay. But at present it is greatly hampered for want of railway facilities and for some guiding and inspiring influence in its local affairs. We have a small Society here which is about to undertake the erection of a school-chapel in which to carry on its work. With the new premises and the probable development of the place we look for marked progress here.

Names that have attained some eminence in the Connexion have been associated with the Circuit as ministers – e.g., Revs J. Young and W. Bowe. Amongst others that have spent successful years on this ground are Revs. J. Elliott, J. Tweddle, T. Moody, T. Sellers, C. Longstaff, J.B. Wilson and W.A. Todd. The result of their labours on the financial side is seen in this respect, that, out of the eleven Trust Estates in the Circuit, only two have a debt of more than £200, one being Seaton Delaval where the new school has just been opened. The Circuit also possesses two manses both of which are free from debt.

Some names have been already mentioned as passing from this Circuit into our ministry; two more name complete the list, Revs. J A. Grainger  and J. W. Collingwood.

The Circuit has had its successes and reverses, often suffering with the conditions of trade in the neighbourhood. But to-day, apart from these material considerations, one feels that the Circuit is sharing in that arrested progress which has characterised the religious life of the country for some time. The congregations are neither as large nor as enthusiastic as those one has sometimes met in the colliery villages.

One has every reason to look for much, for the United Methodist Church and ourselves are practically the only Nonconformist churches in all this area, so that is not the case of too many churches on the ground. We are expectant, however, that in the coming revival, which surely cannot be long delayed in response to the prayers of the universal Church, the Circuit will prove itself worthy of the hallowed memories of the past.