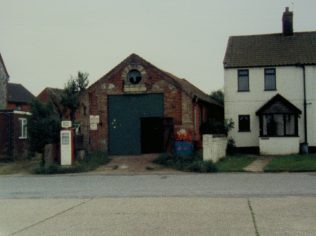 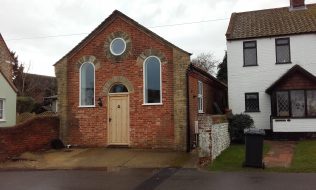 The notes with Keith Guyler’s photograph say that Trunch Primitive Methodist chapel was opened in 1852. However, there is an account by William Rudd in the Primitive Methodist magazine of the opening of the chapel – on July 17th 1859. Preachers were Rev Courteney (Independent) and Rev Dolman.

We are told that the village was first missioned in 1836 and, after that Society failed to become established, again re-missioned in 1842.  At this time, a small society was set up in a house.

By the time of Keith Guyler’s photograph in 1986 the chapel was in use as a garage/store.  A newspaper article in 2014 shows that after running the garage for more than 25 years, the proprietors had moved to new premises. What is the old chapel used for now?