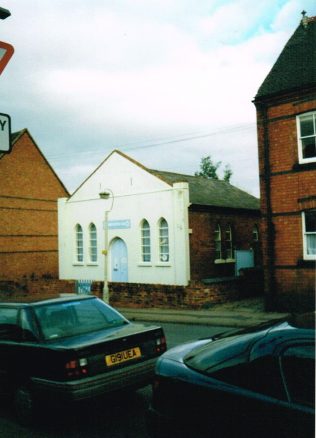 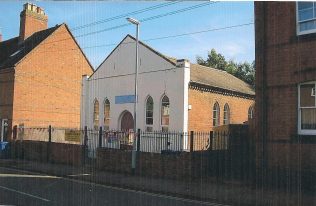 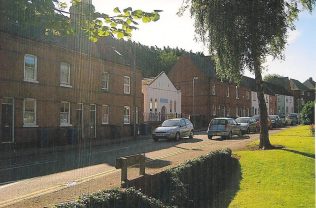 Victoria County History for Staffordshire tells us the following:
In 1836 the Darlaston and Birmingham circuits provided two missionaries for the Lichfield area, and a chapel was opened in George Lane in 1848.  The attendance there on Census Sunday 1851 was 23 in the afternoon and 57 in the evening; no morning service was held that day, but it was stated that normally there was an attendance of 60, with 51 Sunday school children. The chapel was closed in 1934 and reopened the following year as a Salvation Army hall.

There is an account of the opening  by John Graham in the Primitive Methodist magazine with further detail. The opening services started on January 2nd 1848. The chapel accommodated 130 people and it was later used by the Labour party.

In September 2014 it is shown on Google Street View as a playgroup.  It has been known as Frank Halfpenny Hall.