You are here: HomenextPlacesnextCheshirenextJohn Wedgwood's mission to Cheshire, 1819

Extract from the journal of Sampson Turner 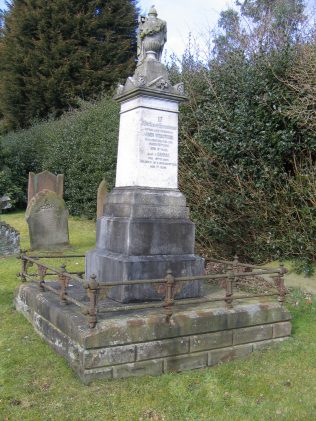 In his diary, Sampson Turner gives an account of his involvement with John Wedgwood, in a mission to Cheshire in 1819:

“On Sunday, May 23, 1819, I preached at Wood Green, where I had preached with much success fifteen months before. I was glad to find that most of those who had then been converted under my ministry still held fast their integrity. On this Sabbath, the Lord gave me another soul for my hire. During the week I preached eight times, renewed the society tickets, and admitted nearly twenty persons into Church fellowship.

On Sunday, May 30, I attended a camp-meeting at Dunkirk Works, near Northwich, at which 2,000 persons were supposed to be present, among whom much good was done. I spoke nine times during the week; and on the following Sabbath (June 6), I attended a camp-meeting at Bartington Heath. Great crowds flocked to the meeting from all parts, and it was evident that many deep impressions were made. Though much was said in this neighbourhood about our eccentric proceedings, the people were constrained to admit that the Lord was with us.

On Monday, June 7th, I crossed the forest of Delamere to the neighbourhood of Tarporley, and entered upon a new mission, commenced by Mr John Wedgwood. I spoke in the evening in a farm-house yard, when several persons professed to get good to their souls.

On Tuesday, June 8th, I spoke in the street at Peckforton, when the Lord made bare his arm in a wonderful manner; there was a great cry for mercy, and many were saved.

Wednesday, June 9th, I preached at Beeston, in the open-air. Some persons were much affected, but others mocked, and spoke evil of the way.

Thursday, June 10th, I spoke at Tiverton, in a farm-house yard, and the service will not soon be forgotten.

Friday, June 11th, I went to Chorley Green, where Mr. John Wedgwood was preaching out of doors. The Lord was graciously present, and souls were crying for mercy on every side; and eight or ten persons were made happy. We met again at Peckforton, where Brother Wedgwood preached. The congregation was large, and many received the truth in love, and found salvation. An extraordinary awakening now took place in a great number of villages and hamlets, among which were Burland, Chorley Green, Egerton Green, Egerton Bank, Eaton, Tiverton, Huxley, Spurstow, Burwardsley, Bookley, Beeston, Peckforton, Hobhill, Tushingham, &c. During this great awakening we preached two or three times almost every day. Great crowds assembled to hear the word of life, and loud and bitter cries for mercy were heard from both male and female, young and old. Their convictions were occasionally attended with convulsions, which lasted for hours. Whatever may be thought of these outward circumstances, the genuine character of the work among many was proved by the fruits it produced in reformation of life and obedience to the Gospel.

On Monday, June 28th, 1819, I left this fruitful scene of labour, in which I had formed a goodly number of societies, and admitted nearly 100 members.”

John Petty, The History of the Primitive Methodist Connexion from its origin, 1860, p 77