You are here: HomenextPlacesnextCheshirenextSwettenham, Cheshire. 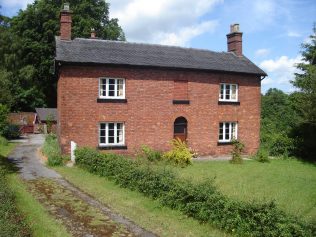 Charles Dakin and his wife Mary (the former Mary Bailey of Horton) had been two of the fruits of the Bourne brothers and James Crawfoot missioning Rushton, and in particular on 26 April 1811 converting members of the Dakin or Deakin family (both spellings are used) at Ashmore House farm, Rushton. They were thus two of the early members with the Cloud society, living at Peck’s House Ruston till 1815, before moving to adjacent Nether Lea.  Peck’s House was at that time on the Primitive Methodist preaching plan.

Charles was one of the first trustees after the building of the Cloud chapel. It was probably some time in the 1820’s that he and Mary left Rushton. We know from the Dakin family tombstone inscription in Astbury churchyard, that Charles and Mary both died living at Swettenham.

In the Primitive Methodist magazine for 1833 there is an extract from the journal of Thomas Morgan, which refers to Sunday July 22nd 1832, and a Swettenham Camp meeting when “previous to seven o’clock the friends desired me to give them a sermon before the lovefeast. I did not feel willing; but our bro. Deakin said a number of people were coming expecting preaching.”   It later continues with the following entry:

“Tuesday 23 (October 1832) Swettenham. We preached in Mr Deakin’s farm house kitchen. It is a famous preaching room. But large as it is, it was on this occasion, too small. I spoke from Luke 8.35. The Holy Ghost ran through the people like fire, Glory be to God. The seed of the woman did bruise the serpent’s head. The strong man armed was cast out, and his goods spoiled. ‘Jesus the name high over all, in hell or earth, or sky; angels and men before it fall, and devils fear and fly.’

Mr Deakin was converted under James Bourne, above twenty years ago, and Mrs Deakin under Hugh Bourne; and they have been members of our Connexion almost from its commencement. Some of the family are gone to heaven. ‘Let everything that hath breath praise the Lord. Praise ye the Lord.’ “

Census returns for 1841 and 1851 indicate that the location of ‘Mr Deakin’s farm’ was the deceptively spacious Fox Hall farm, Swettenham, next to the Rectory. The farm was occupied in 1841 by Charles senior, and then following Mary’s death, by Charles junior and his family. It is strategically located at the very centre of the village.

The Congleton Wesleyan circuit records reveal that a class had been formed at Swettenham in the 1810’s, so there was an existing Methodist base to build upon.