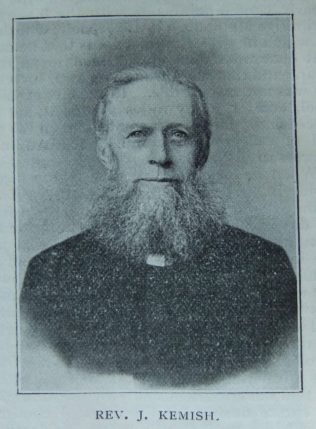 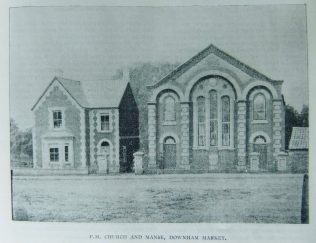 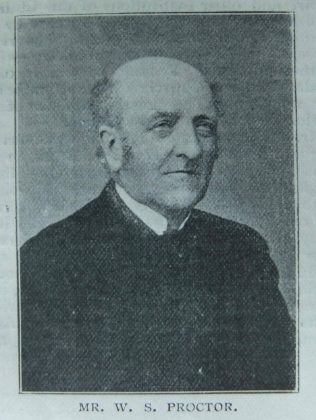 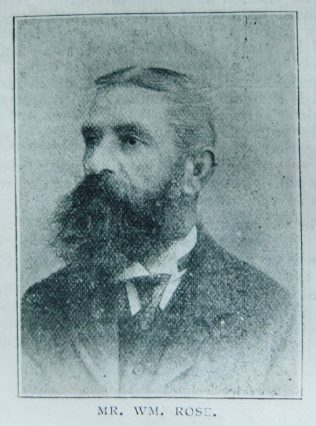 Transcription of Article in the Christian Messenger by John Bailey

MUCH has been said and written of late respecting the importance and necessity of village Methodism. But no advocacy has been too pungent or too passionate upon this vital question. It may be a platitude to say that the villages feed the towns, even as small streams help to swell the volume of mighty rivers. Trite and common, however, as the saying may be, it is nevertheless a certain fact. It is therefore highly important, as the stream of human beings, mostly young people come steadily flowing into the great vortex of town and city life, that those streams should be pure. But perhaps even more important than that, is the purifying and ennobling of the life which remains. The sacerdotalism; the priestly assumption, and arrogance of the High Church clergy and their satellites in many a country village would keep the people in absolute spiritual serfdom and ignorance if allowed to go unchecked. It goes without saying that Primitive Methodism has been a very potent factor in helping to purify and ennoble life in many of the rural districts of England.

And perhaps nowhere has the influence of our Church life been more apparent than in the villages of Norfolk. One is surprised, if not struck with astonishment, to find the large number of brethren in various parts of the county who have been elected by the suffrages of their neighbours to positions on the various public bodies.

We present the readers of the ‘Messenger’ this month with very excellent photographs of our beautiful church and manse at Downham Market, together with life-like portraits of the Rev. J. Kemish, Mr. William Proctor, and Mr. W. Rose.

The Church at Downham Market is well situated on one of the most commanding sites in the town. It was erected in 1871, and is a large and well-built structure, with school and classrooms in the rear. The manse is built at the side of the Church, and is a roomy, convenient, and respectable minister’s residence. An excellent congregation attends the Sunday services – a congregation which, in numbers, intelligence, and respectability, will compare very favourably with that attending any place of worship in the town.

The Superintendent, who left the Circuit last July, was the Rev. J. Kemish, who helped to guide the destiny of the Circuit for the long period of nine years. Mr. Kemish was greatly beloved by the whole Circuit, which embraces a large number of societies, and extends many miles. He is an intelligent, painstaking, and plodding man; exceedingly methodical, careful of other people’s feelings, and gentlemanly in manner. His name will remain a household word throughout this wide Circuit for many a year to come. Mrs. Kemish, together with her sons and daughters, rendered very valuable help in the Sunday School, choir, and other institutions of the Church. The harmonium was played for years by the Kemish family, and one of the sons is at present qualifying for our ministry – Mr. Luther Kemish. Yeoman service is often rendered to our Churches by the families of our ministers. The present minister of the station is the Rev. James Cooper.

Mr. William Sexton Proctor was born on August 18th, 1824, at Ten Mile Bank, in the parish of Hilgay, five miles from Downham, and has lived within seven miles of his birthplace all his life. He is one of the best known and respected men in the locality and has held many public offices. Many of our readers in other and very different localities will be surprised to learn that this Primitive Methodist official was for 21 years a churchwarden, and stranger still, he was twice elected by the vicar of the parish to he the vicar’s warden. And, through some strange exigencies he was, actually appointed upon one occasion as the surrogate of the parish, the letters of administration for which he still possesses. Mr. Proctor was a member of the Board of Guardians for 30 years and is at present, I believe, a member of the Urban District Council. He was a farmer for 50 years, winning many prizes at Agricultural shows during that long period. Fourteen years ago he obtained the second prize open to all England for a model farm, the sum of £25 was presented to him, together with a beautifully designed certificate signed by Albert Edward, Prince of Wales. The next day he had the honour of dining with the Prince at Sandringham with 1,400 other guests. Mrs. Proctor also received upon the above occasion the sum of £10 for her clean and beautifully kept dairy. This gentleman has been a local preacher for 56 years, he has also been the circuit steward for many years, and is a trustee for many Primitive Methodist Churches. Our friend was converted at the age of 18 under the labours of the late Rev. John Smith. Many and deeply interesting are the stories he tells of the early struggles and triumphs of the church of his early choice in the locality where he has lived all his life. It need scarcely be said that Mr. and Mrs. Proctor’s hospitable dwelling has been the home for ministers and local preachers for nearly half a century. May they be spared to one another and to their beloved church for many a day yet.

Mr. William Rose, Mr. Proctor’s co-steward for the circuit, was born in 1845, and when 26 years old was converted and joined our church. His father, a wealthy farmer, was also connected with our cause. Mr. Rose resides at Ten Mile Bank. He was overseer for the parish of Hilgay for many years. He was also a member of the Board of Guardians for a long period, and is, at the present time, I believe, a Parish Councillor. He and his family attend the beautiful chapel in the village, Miss Rose efficiently presiding at the harmonium. This interesting family are an immense help to our cause, which has a membership of 60 and an excellent congregation.

Our young readers will be pleased to learn that Mr. Rose, who is of an enterprising and somewhat experimenting turn of mind, one day, while returning from Ely Market, picked up a bean – a small bean, and planted it for the benefit of our Missionary funds. That small bean produced no less than 180 beans the first year, and during four years the sum produced for the Missionary cause was the noble one of £7 14s.

Mr. William Lewis, another of the leading lights of this circuit, is the son of Wesleyan parents. His father was a local preacher among the ‘Old Body’ for 60 years, and died at the ripe old age of 92. William, at present, is 75 years old. He was converted at 24, and has been a local preacher for 41 years. He has been a Poor Law Guardian for 21 years, and a member of the School Board for 25 years.

Honourable mention should be made of Mr. John Ralph and Mr. John Goddard, good men and true; and of many others did space permit. No less than seven different brethren in the circuit occupy positions on the Board of Guardians, a fact which will alone testify to the public spirit of our Norfolk Primitives, and also to the high esteem in which they are held by their neighbours.