You are here: HomenextPlacesnextNorfolknextWymondham Circuit, Norfolk 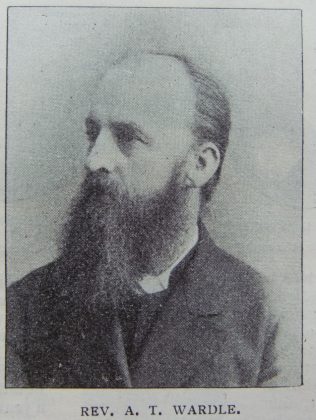 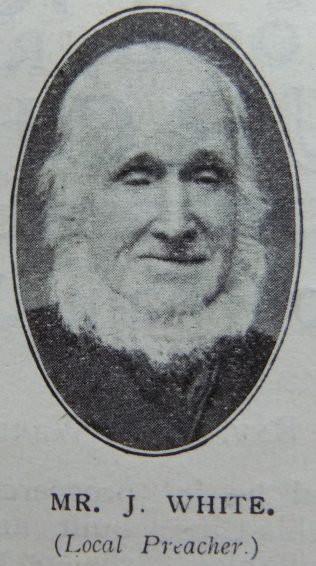 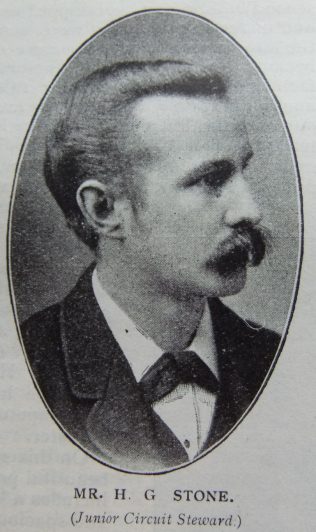 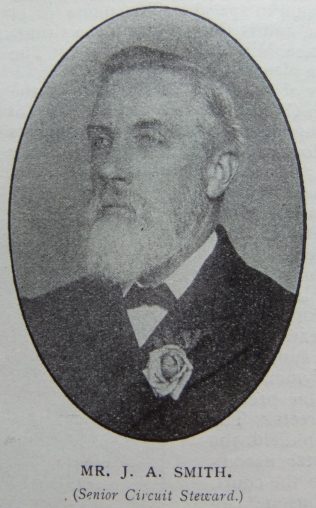 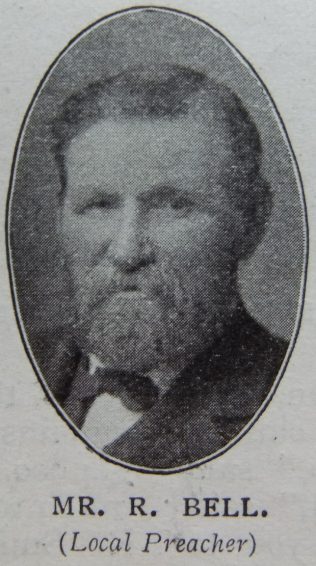 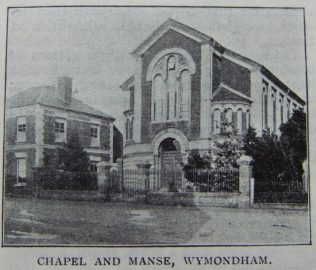 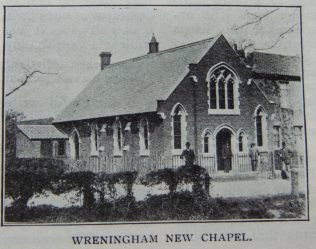 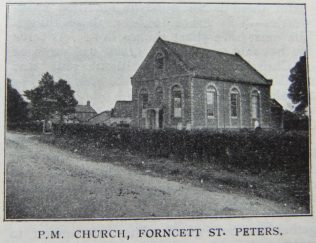 Transcription of Article in the Christian Messenger by Rev. A.T. Wardle

For the benefit of the uninitiated be it understood that the name of this Circuit, though written in three syllables, is spoken in two: Wymondham in print being Windham in speech. The name is of Saxon origin, and is derived from the situation of the place, Windham signifying “The village on the pleasant mount.”

The history of Primitive Methodism in Wymondham Circuit is a romanceful story of Home Evangelism. The first evangelists came from Norwich in 1830, and after a long open-air campaign, a society was formed, and a cottage room rented, the congregation being requested to take their seats with them.

In those campaigning times, “Old Dan Johnson” of Norwich, a godly and fearless layman, was summoned before the Wymondham magistrates for preaching in the streets. The late John Winkfield, the Circuit minister, accompanied him to court. “Daniel Johnson,” called the clerk. Stepping up to the rail Dan said, “Gentlemen, I never begins no important business without a prayer,” and straightway kneeling he prayed loudly and fervently for policemen, lawyers and magistrates.

“Silence!” roared the officer, but Dan heeded not. “Amen, and Amen, my soul says Amen” were the closing words of Dan’s prayer. “Let him go,” said the chairman. “There are the costs,” said the officer. The magistrate, “I tell you to let him go, or we shall have him giving God thanks.”

Despite many hindrances the infant cause prospered. Eventually the first chapel was built and soon overcrowded, necessitating the erection of a larger chapel still. In this second building we worshipped several years, and under its roof many were converted. In the late sixties the need for more room again became acute. At this juncture a disused factory was in the market for sale by public auction. It was the site “par excellence” for our purpose, but the elite of the locality wanted it to erect thereon a Masonic Hall. To many ours seemed a forlorn hope. We were practically without funds, but were rich in faith and zeal. By quite legitimate strategy we secured the property for £300. When the secret was out there was a great sensation in the sale room, and for once the long room in the “King’s Head” rang with the hallelujahs of an impetuous young minister.

On this site stands a beautiful property, which includes a lovely church and spacious school hall, a well-furnished parlour, minister’s and two other vestries, a completely appointed kitchen, a manse and caretaker’s house. Recently the premises have been renovated and a fine organ installed at a cost of nearly £500, the whole of which was raised. There remains a debt of £700 on property worth £4,000. For these splendid premises we owe much to two men, the late G. Lane, and J.R. Smith, who is with us still. There are smaller chapels in Silfield Lane and Sutton Street, making three in a parish with a population not exceeding 5,000.

Forncett St. Peters is in the centre of the Circuit, and is now the largest of our village interests. This church has an eventful history. For a long time we used a rented chapel, the property of William Lansdell, a local preacher and great grandfather of the junior tutor at Hartley College. In the early sixties, Mr. P., a rich farmer joined the society and all too soon was thrust into its chief offices. In 1865 he built a commodious chapel at his own cost and publicly gave it to the Connexion, a stone in the front elevation also recording the gift. Before a dozen years elapsed, Mr. P. left the church and tried to sell the chapel away from us, a clause in the deed reserving to him the power to do so. We were evicted. Happily public sentiment was on our side, and ultimately we secured the chapel for nearly £500. Was it a mere coincidence that immediately afterwards Mr. P. was stricken with paralysis and lay a helpless wreck for nearly 25 years before he died? Popular opinion always associated the one event with the other. The friends long struggled under financial burdens, but better times have come. Since the eviction a school room has been built, and recently £300 have been spent in improvements, a large pedal organ installed, and the debt reduced to £50.

Though Norfolk is a Primitive Methodist stronghold, yet are there many villages where we have no society, where the Free Churches are not represented at all, and where the villagers are left to the vagaries of a Romanizing Clergy. In some cases it is impossible to get land for chapels. But despite all obstacles this station has done some successful extension work during the last three years. In one village where the squire owns nearly all the land, and has tried long to “keep the dissenters out,” we have started a cottage meeting, formed a society of 16 members, and have the promise of a site and hope soon the build thereon. At another village where we had neither members nor congregation we have erected a pretty chapel, the stonelaying service being the first we had ever held. The entire cost of this enterprise was raised. Last year we made the latest addition to the Bethels of the circuit by erecting at Wreningham one of the bonniest village chapels in East Anglia. Two years ago we secured from the Congregationalists the quaintest and queerest chapel imaginable on a lease of 99 years. “The old cottage chapel” was removed to make way for the new chapel and school room. The cost has been well-nigh £500, two-fifths of which remain to be liquidated by instalments of £20 per year. For this gratifying result we owe much to many, but most to the work and gifts of Brothers A Morse and R. Bell.

Of those who shared with the writer in the formation of the station 39 years ago but few remain. Most of them have “gone to serve their God elsewhere.” We offer grateful tribute to their memory and work.

Some of them were notable men, though our allusion to them must be brief. William Minns and William Long, lowly and uneducated men, rendered long and useful service to the Wymondham church. “Their works follow them.” James Kent was a local preacher 40 years taking eleven Sundays’ work each quarter. George Lane came to Wymondham just 40 years ago and united with our church. For many years he filled a unique place in the life of the town, and owing to unusual circumstances greatly aided the progress of the church. He started the Adult Bible Class and conducted it over 30 years. In March 1906 he was translated. He was as “a father to the poor.”

Of our living workers Jabez Spooner is the oldest. At 87 years of age he walks several miles to and fro to preach just as if he were a younger man. He is a great lover of books, of the Bible and the “Means of Grace.” His two sons became ministers, two daughters are the wives of ministers; the remaining daughters married local preachers; a grandson is in the ranks of the ministry; and a granddaughter is also the wife of a minister. A grand old man! A useful family! Dennis Trudgill, class leader and local preacher, the mainstay of our Tibenham Church, and one of the best read men of the Circuit. James Chattan, a dear and saintly soul, disabled by accident and dependent on the parish, yet the pillar of our Tasburgh Society; patriarchal William Cutbush, long a devoted Sunday school worker, but now superannuated; John Bartram, S.S. Superintendent; W.J. Smith, the church steward, brothers beloved, and other men, and women not a few, give promise of being worthy successors of those whose work is nearly done. Robert Bell, though located where we had no Connexional chapel, remained faithful to the church through 50 years, and has now seen the fulfilment of a long-cherished desire in the erection of the Wreningham Chapel. H.G. Stone, local preacher and junior steward, a prominent district official, is expected to be one of the mainstays of the station in the future.

Mr. J.R. Smith, the steward of the Circuit since its formation, has rendered yeoman service to its various interests. No one man has done more than he. For more than half a century he has been our foremost layman. His activities are now confined mainly to the town church, but he greatly rejoices in the increasing strength and prosperity of the Circuit he has done so much to consolidate and extend.

John White is one of the ancient men and has been a staunch supporter of our Silfield church. Two years since, 15 persons of the White family were members at this place. Half of them have since removed. Thus we go on saving and training our people for the reinforcement of Primitive Methodism elsewhere. We are glad we can do this, and we should be grateful if our brothers in the high places of our church would remember it at other times than when on great occasions they use it “to point a moral or adorn a tale.”