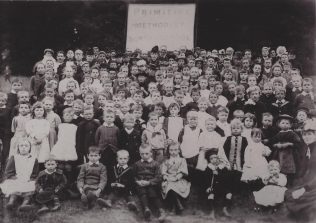 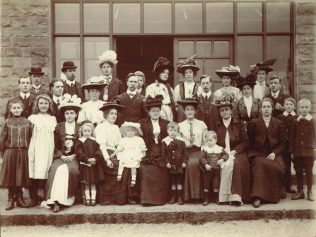 This photograph of a Primitive Methodist Sunday School (top) was thought to be somewhere in the Bakewell area of Derbyshire, but it was not sure where.

Through careful comparison with a family photograph in her possession (below), Sandra Taylor has been able to spot some of the same people, including her father, who attended Bakewell Primitive Methodist Chapel. He was born in 1904, which helps to date both photos.  He is standing in the middle of the bottom photo, next to his aunt, who adopted him after his mother died when he was just a year old.