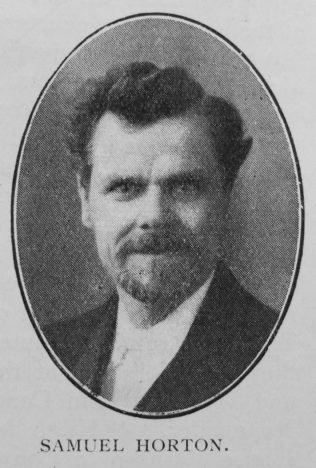 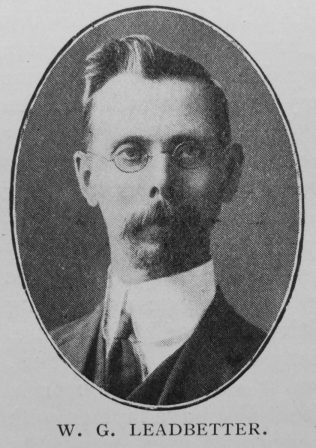 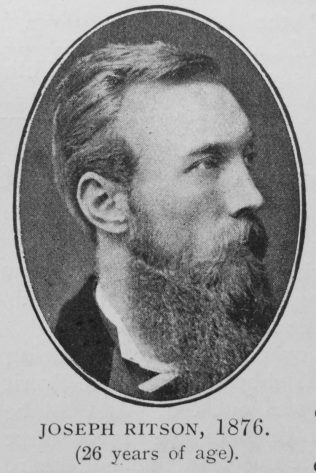 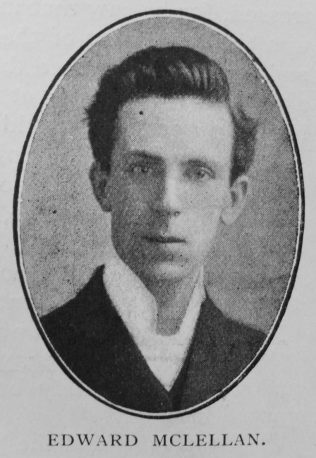 THERE was a time when the novel was anathema in Nonconformist circles. We have heard of a man who, when converted, committed his “Waverleys” to the flames. Are there any Primitive Methodists now who are not novel-readers? We have received many humorous confessions. Old men and women, who had tabooed all novels, have found the Aldersgate stories to be irresistible. The first novels they ever read were published with the benediction of the denominational authorities. They had many a twinge of conscience, but now they are on the qui vive month by month for the serial developments.

Our Editor is a novelist, though he modestly forbids his inclusion in this article. We have read all the fiction which has come from his pen. Some serials and many short stories have been written by Mr. Jackson. “Twixt Moor and Mead “ is one of the finest collections of sketches we have ever read. For freshness of material, vivid character-sketching, humour, pathos, and literary art they rank with the best. That one book will give Mr. Jackson an abiding place in Primitive Methodist literature.

There are many novelists amongst us, of all of whom it would have been a pleasure to write. We have laymen with the novelist’s gifts and there are ladies who can charm and thrill. Our space is limited, and we can but refer to four of our ministers who have come to fame as novel writers.

The Rev. Joseph Ritson, the ex-Editor, has been a voluminous writer for many years. He made his debut when the late Rev. C.C. McKecknie was at the editorial office. When a boy at Ninebanks, in Allendale, he dreamt of the time when he would be a novelist. AEsop’s Fables, the Providence Department in the Primitive Methodist Magazine, “The Quiver,” “Good Words,” “Cassell’s Magazine” and “Ivanhoe” all fired the imagination of the boy. For a quarter of a century he has been weaving and writing tales. “If Mr. Dickens’ characters were gathered together, they would constitute a town populous enough to send a representative to Parliament,” so says the author of “Dreamthorp” in his bright page “On Vagabonds.” We may say the same of Mr. Ritson. Most of his serials have been published in volume form, and many readers will have them on their shelves. The titles recall the interest with which they were followed at the time. “Lost and Won,” “John Carville: Artist and Ironmaster,” “Hugh Morigill,” “Log-House Yarns of a Converted Trapper,” “The Colonel’s Adventures,” “Roy’s Winter with the Indians,” “On Cordon Shore,” “His Good Angel,” “Sidney Holmes,” “Rutherglen,” ‘ Wallace Gray,” “Clouchbrae,” all these we are familiar with. For the little folks Mr. Ritson wrote “Sybil’s Strawberries,” “Our Winter at Wolf Pond,” “The Adventures of a Prairie Schooner,” “A Lilliputian City,” “Pansy” and “Johnnie’s Goats.” “The Dalesman” appeared in the Methodist New Connexion Magazine. Mr. Ritson has found material everywhere. “The brain of a novelist is a photographic camera, which is constantly and automatically at work taking and storing up. . . thought-negatives.” Mr. Coulson Kernahan reveals the secret of the fictionist’s thought-discoveries. “They came to him at all times and in the most incongruous places —under the stars at midnight, or over his afternoon coffee in the club smoking-room, at a funeral or at a ventriloquial entertainment, while he knelt in prayer, or while he took a twopenny ride on a tramcar.’’ When it is remembered that Mr. Ritson has been a regular contributor to the “Holborn Review” and the scribe of Current Events week by week in the “Leader” and month by month for the “Aldersgate,” remembering also his “Romance of Primitive Methodism” and his “Romance of Nonconformity,” his novel-productions are truly astonishing. We anticipate even more and still better from his pen.

The Rev. Samuel Horton has come to distinction in many ways. He is widely known as a popular preacher and lecturer. He is Vice-Missionary Secretary. By means of his stories he has made hundreds of friends. In the first year of his probation he became a story-writer. He was stationed at Selby, and in connection with an improvement society a social evening was being arranged. The young probationer was asked to give a humorous reading. He conceived the idea of an original contribution. That proved a germ. A long story evolved. Mr. McKecknie had praise for it, and the Rev. T. Newell, who succeeded to the Editorship at that time, published the tale. “Anthony Websdale” was our friend’s first novel. Speaking of George MacDonald a critic has said: “He could do everything with the point of a pen except keep to the point of a story.” That could never be said of Mr. Horton. A long list of stories bears his name. “For the Truth’s Sake,” “That Lad of Kingsley’s,” “Erica Heath,” “Kitty’s Cross,” “Rags and Velvet,” Her Bonnie Pit Laddie,” “The Charm of the Cross,” “For King or Parliament,” “Prince Charlie of Canongate” and “Roses and Thistles” will be vivid to the mind of our readers. Mr. Horton has the supreme art for his craft. “The work of the born novelist depends pre-eminently upon the success of his plot-construction, and if the constructive work be scamped the novel cannot be considered a satisfactory work of art.” Mr. Horton has this gift. All his characters are alive. “The children of the brain become to us actual existences, more actual, indeed, than the people who impinge upon us in the street, or who live next door.” Our friend is a humorist and his wit sparkles the page. We are glad to know that the serial for next year’s “Messenger” is to be contributed by him. It is entitled “Liliath.” Mr. Horton is in the fulness of his powers and we may expect still greater things from him.

The Rev. Edward McLellan has had an interesting literary career. While stationed at Nantwich he began to write for “The Chester Chronicle.” His first sketches were headed: “How the Poor Live.” It was the Editor, an Oxford man, and a scholarly and cultured gentleman, who urged him to attempt a serial. While resident in Bath he made the acquaintance of Mrs. Cashel Hoey, a novelist with an international reputation. She was the fiction-reader for “The World.” During his recent sojourn in California he came to friendship with Dr. Campbell, for many years the reader for Messrs. Revell and Co., the eminent publishers. It was Dr. Campbell who introduced “Ralph Connor” to the reading world. These experts gave criticisms to Mr. McLellan and inspired him to literary endeavours. Nature has been lavish to our friend. He has unusual intellectual gifts. He has imagination, skill, ardour, and the indefinable something we call “style,” “and style, after all, rather than thought, is the immortal thing in literature.” Mr. McLellan has already achieved much. These stories of his are well-known. “The Revolt of David Fairbairn,” “The Madness of the Minister,” “John Manifold,” “Old Glory,” “The Ruin,” “The Return of Scott Daring,” and his series of short stories in “At the Sign of the Lamp.” One of his stories will shortly appear in “The Sunset,” a San Francisco magazine. He has written the serial for next year’s “Springtime.” It is entitled “Raw Gold.” Our friend is a rapid worker. We are glad that he is in England once more, and confidently await his future works.

The Rev. W. G. Leadbetter has made a good beginning, and on a line of his own. “The most villainous advice that was ever given to a would-be author is that he should ape the work of others. If the man who has the great writers by heart cannot express himself to good purpose by saying what he has to say in the manner peculiar to himself and by the right choice of simple Saxon—that picture-making, ear-arresting speech—he can never hope to become master of a ‘style.’ “ Mr. Leadbetter has determined to be himself. He is especially proficient in the historical novel. He has made a thorough study of history and his best books deal with historical themes. The Puritans and their times exercise a fascination upon him. By means of his stories he seeks to vindicate the faiths and freedoms of our Nonconformist sires. Our readers will remember “At the Sign of the Shoe,’” “Like unto Leaven,” “The Romance of a Russet Robe.” “The Red Ambassador” will be issued shortly. Mr. Leadbetter’s ambition and earnestness should carry him far.

The task of the novelist is exceedingly exhausting. Those most competent to judge have affirmed the the fact. “Literary composition is . . . . the most exhausting to which a human being can apply himself. . . . .  It is the least mechanical, consequently the most exhausting, and in its higher walks it deals with a man’s most vital materials, utilises his emotions, trades on his faculties of love and imagination, uses for its own purposes the human heart by which he lives.”

In particular these Primitive Methodist novelists have revealed the romance of their own Church. Their finest stories have either been fact or based on fact. All our past has been romantic. No Church has had such an abundance and variety of individuality. In all parts of the country we have had “characters.” To this day the traditions abound and abide. Who has not heard the folk-lore? Missionary rounds are great times for the novelists. During the five or six days on a station there is time for talk. What memories we have of the hours by the cosy fireside! After a stirring meeting, friends come to the house where the deputation is the guest, and, supper done, the circle is formed round the fire. The flood-gates are opened and the tales are recited. Till the small hours the joyful talk goes on. Sermons, speeches, jokes, retorts, tragedies, comedies, strange wanderings and home-comings, these with all their wonders, are narrated. Pitmen and ploughmen, shepherds and fishermen, spinners and weavers, the English and the Irish, the Scotch and the Welsh, all the dialects of the kingdom contribute to the wealth of the novelist’s store. It is the truth to say that all the incredible and astounding things in the stories of the fictionists are true. Nothing the novelist can conceive can equal the marvellousness of the real.

Though our friends are widely known for their pulpit talents and ministerial service, they have reached even wider audiences by their writings. The whole Church is indebted to them. We are happy to appraise their contributions and to know that all their gifts are on the altar of God and His Church.