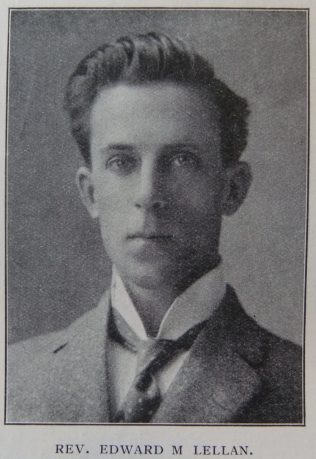 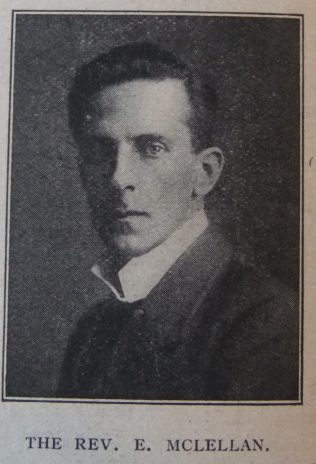 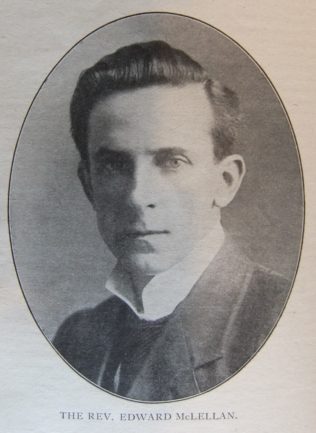 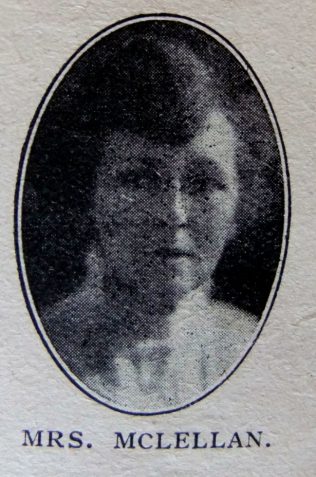 Edward was born in 1870 at Woodley, Cheshire to parents William John McLellan and Clementine Potts. William was a master clogger.

Edward’s early education was at the village school. He was brought up within the PM Church and when called to preach he went out “on Note” with Mr William Shaw. Rev John Welford and Rev William L Spooner also helped in directing and preparing him for his life’s work.

Edward spent time in California primarily to assist the restoration in health of his wife. This is described in detail in the PM magazine article of 1911. They lived at Chula Vista in the San Diego region and ministered to the Congregational churches in the area. His work culminated with the building of a new church.

Edward became Connexional Editor in 1921 and guided the magazine through the difficult post war years. He was a member of the Methodist Union Committee from its inception.

Edward was President of Conference in 1931.

After becoming a supernumerary in 1940, he continued to serve the Church for many years as preacher, lecturer and author. Records of passengers travelling across the Atlantic reveal that he visited the USA on several occasions.

His obituary records that he was blessed with a splendid physique, a fine voice which he knew how to use from a whisper to the deep mellow tones of the orator, a remarkable memory which enabled him to enrich his writings and sermons with many an apt quotation from his wide knowledge of literature. His outstanding pulpit ministry was the result of strict discipline of body, mind and spirit as well as natural ability. Those to whom he ministered knew him as a most lovable, human, kindly pastor who was as diligent in his visitation as in his pulpit preparation.

The Puritanism of the Evangelical Free Churches

In the early years of his ministry, Edward also wrote a number of serial stories for the PM magazine and other publications. These included; ‘The Winning of Gloria’, The Blood of the Broomes’, Gungerby’s Girl’, and ‘The Daventry Handicap’.