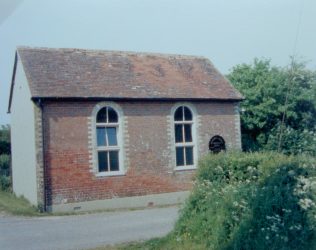 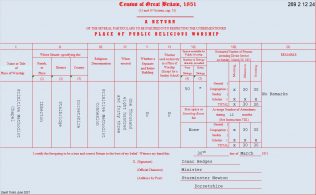 zoom
Ibberton : return from the Primitive Methodist preaching place to the 1851 Census of Places of Public Religious worship. Return no: 269 2 12 24
provided by David Tonks 2021

Ibberton is a village west of Blandford Forum and has a a population of less than 200. Ibberton Primitive Methodist chapel was opened in 1869 and is still active in August 2015.

However the society is older than that. The return from the Primitive Methodist society at Ibberton to the 1851 Census of Places of Public Religious worship records they were meeting in a preaching place . 30 people attended afternoon and evening services.

The return was completed by the minister, Isaac Hedges.