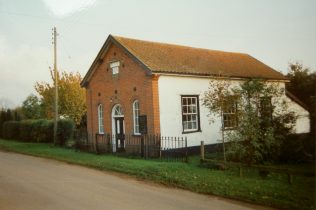 On the Deopham History website there is an extract from a booklet produced to commemorate the 150th Anniversary of the Deopham Green Chapel  (1837 – 1987).  At that time, its future was uncertain as it had a membership of 6, but the spirit to maintain its contribution to the village community was strong.