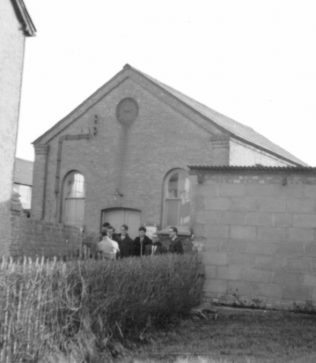 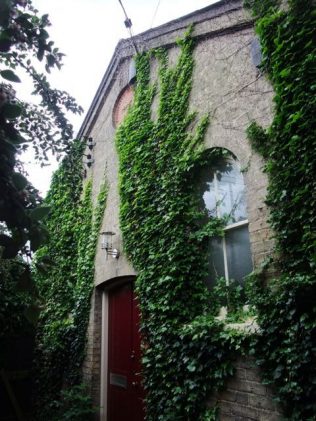 The photographs show Haslingfield Primitive Methodist Chapel (1867) as it was in the 1960s and as it is today.

In the mid-1960s there was a deep and strong work of God’s Spirit in Cambridge University, especially in Trinity College (overlapping with the time Prince Charles was a student there), and perhaps also in Downing, Kings, Trinity Hall and maybe other colleges. Students were committed to prayer meetings and to evangelism, both in the colleges and outside.

There was a mutually beneficial informal link between students and the Methodist Circuit, and it was quite possible in those days for a small group of students to go to Haslingfield on their bikes with hand-drawn maps of the village, visit door-to-door on a Sunday afternoon, and draw a congregation of some forty people. It was a lasting and memorable blessing to be part of such a Sunday; the black-and-white photograph was taken on one such afternoon or evening, and I believe one of the students in the photo is now a Methodist local preacher, another is working for Wycliffe Bible Translators, another is (or has been) an elder at a Pentecostal church, and the one who took the photo served as a Baptist pastor and then for a good number of years as director of a missionary society.

I do not know when the chapel closed (it is now a workshop), but I am told there is a new Methodist Church in the village, so maybe the congregation has moved to it.