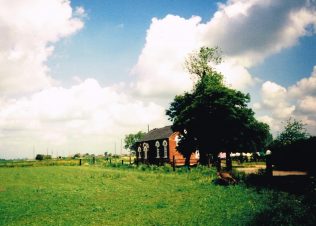 The first Amber Hill Primitive Methodist chapel dates from 1843 and the second chapel from 1892.

The notes with Keith Guyler’s photograph also say “Sutterton Feb” but I have no idea what that means; any suggestions?