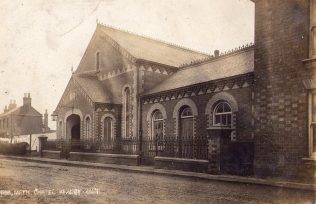 The Trentside village of Keadby is now part of the Epworth and Scunthorpe Methodist circuit, and a Primitive chapel was built in 1836, and rebuilt in 1850. This was replaced by the Ebenezer chapel in Chapel lane opening in 1876. It closed for services in 1981, and was then demolished by the purchaser. A Methodist society continues to worship in other premises.