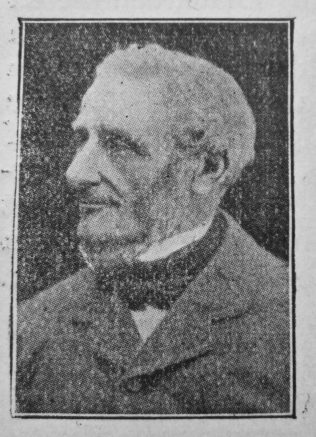 Transcription of Obituary in the Primitive Methodist Magazine by T. Pearson Ellis

On June 10th,1905, Thomas B. Oliver, of Blanchland, was laid to rest in the quiet and, secluded churchyard of the village where his whole life had been spent. For generations the Olivers have been resident in this beautiful village situated on the banks of the Derwent, which separates the counties of Northumberland and Durham. The village of Blanchland is part of the Lord Crewe estate, and the trustees of the estate have never been favourable to Methodism and have refused every application for a site on which to erect a chapel. Unable to gain a foothold in the village the members of the little society were compelled to worship in a small room in the adjoining hamlet of Shildon. Here for forty years our late brother and his devoted wife toiled on behalf of Primitive Methodism. Their home was ever open for the preacher, whoever he might be. The warmth of their welcome and their generous hospitality made one forget the long journey from Shotley Bridge or other places in that circuit.

Our late brother was a Northumbrian of the best type. He was known throughout the district for his deep piety, his loyalty to high principles and his sterling integrity. Engaged in business during the week, he was always at his post in the little meeting house on the Sabbath. Whoever else might be absent from service, health permitting, Thomas Oliver and his wife were sure to be present. He not only gave freely of his money for his church, he gave himself, his time and his strength.

He was class leader and society steward. Indeed, one is not saying more than what is true when one says that often it seemed as if Brother Oliver was the Society. Naturally modest and retiring, he never shirked any work which required doing if he felt equal to the task. He loved his church and largely because of this fact Primitive Methodism still exists in that district. Though in his eighty-sixth year our brother was a regular attendant at the services until the spring of this year. Shaken by a fall from his pony he was confined to his home in the spring. Soon it was seen that the once strong frame was beginning to break up. At the June quarterly meeting a resolution was unanimously passed expressing sympathy with him in his affliction. On the 7th of the same month he passed peacefully away to his Father’s home. His death was indeed a falling asleep.

He leaves a widow, two sons and a daughter to mourn his loss. What it means to the dear wife one can only imagine – they had been married over fifty-nine years. For her we pray, the departed needs not our prayers. He was tired out with his long day’s work, and at last God called him to rest. His hope was bright, his faith was strong.

The large company of mourners at the funeral spoke of the respect held for a good man. After a short service at the house, conducted by the Rev. T. Pearson Ellis, the dust of our late brother was laid near the remains of several ancestors. The day was bright, and as one heard the murmuring of the waters of the Derwent and the singing of the birds one felt that the true note had been struck, this was victory, and not defeat.

Many letters have been received by the widow of our late friend. One was from the Rev. Henry Yooll. In his letter Mr. Yooll says:

“I always held Thomas Oliver in the highest esteem and admiration. He was one of Nature’s gentlemen, and the grace of God sanctified and enriched the good things of his disposition and temperament. He was ever true to principle, quiet, but firm and loyal to the highest and best things. Deeply fervent in spirit, full of faith in God and the great Unseen, he always carried about with him an influence which won for him wide respect and love, and must render his memory fragrant for many years. It was a privilege to know him and to count him as a friend. He has come to the garner as a ripe shock of corn and is now glorified at his Master’s side.”

Thomas Oliver has gone, but there are those in the Shotley Bridge Circuit who will long revere his memory and thank God for his life.

Thomas was baptised on 13 March 1820 at Blanchland, Northumberland. His parents were John Oliver and Hannah Bell.