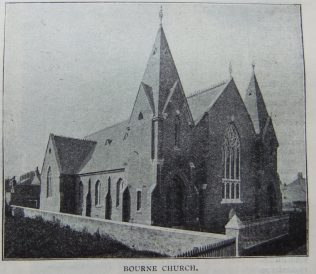 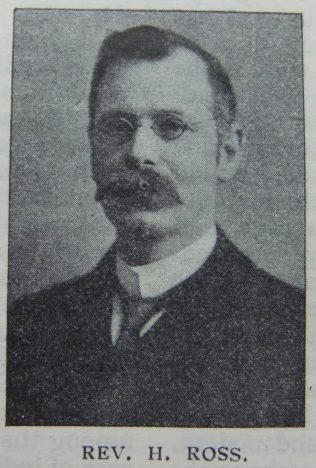 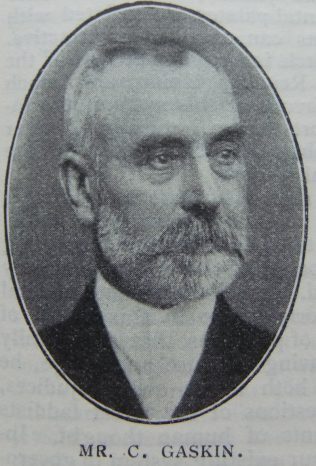 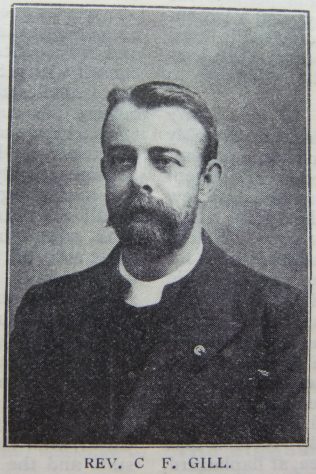 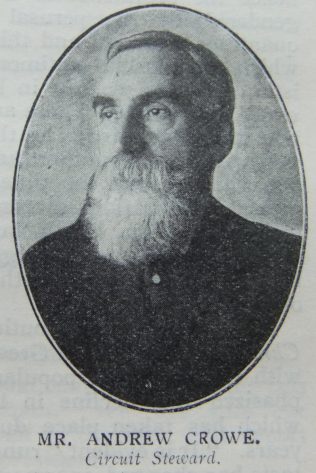 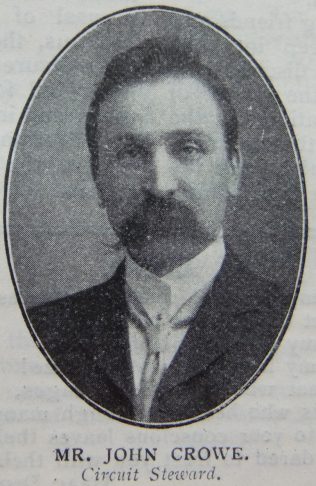 Transcription of Article in the Christian Messenger by Rev Charles F. Gill

There are few towns in England that can boast of such a rapid growth as can the town of Long Eaton near Nottingham. Thirty-five years ago it was a small village with a population of less than 1,000 inhabitants.

With startling rapidity it passed from the quiet village to the Urban District, and now has visions of a Mayor and Corporation. This wonderful development is the result mainly of the progressive spirit of its inhabitants, and it is to the honour of those who have been members of our Church here, that Primitive Methodism has kept step with the remarkable progress of the town.

The early days of Primitive Methodism in Long Eaton were in connection with the Nottingham I. Circuit, and they supply a record of earnest labour and holy devotion, which which the name of William Clay, who became a Deed Poll Member in 1904, will ever be associated. The firsy meeting-place was in a room over a joiner’s shop. The members were poor, and the story is told of how the seats had to be purchased one at a time at a cost of five shillings each. In 1854 a small chapel was erected in one the side streets of the village. But it was not until the years 1858 and 1859 that the progress commenced which was to lead the way to some of the best achievements that primitive Methodism has ever known. In these years Mr. W. Pountain and Mr. C. Gaskin joined the small Society worshipping in Chapel Street. Mr. Pountain had the powers of an earnest advocate of the Gospel of Jesus Christ, and the memory of his work as a local preacher for nearly fifty years remains as fragrant as ever. Mr. Gaskin possessed splendid organizing ability, accompanied with the spirit of intense earnestness in all he undertook for the cause of Jesus Christ.

In 1867 an effort was made under the superintendency of Mr. Gaskin, to enlarge the chapel; the roof was raised four feet, and some thirteen feet added to its length. The cause continued to prosper, and in 1872 it was decided to erect a new church. The membership at that time was composed chiefly of the working class, and to some of the members the erection of a church to seat 500 at a probable cost of £1,800 seemed a perilous adventure. As we call to mind the little chapel, and the building erected known as Bourne Church as the result of this decision, we feel the movement was one of sanctified audacity.

A site of land was given by S.J. Claye, Esq, the head of the firm of which Mr. Gaskin was the manager, which gift Mr. Claye supplemented by that of £100 and a beautiful pulpit and communion. The church though built in 1872 and 1873, was of such an advanced type for its day, that it still remains an up-to-date church. The school adjoining was built in 1877.

In 1894, Long Eaton was made a Circuit with four places, two from Nottingham I., viz., Long Eaton (Bourne) and Beeston, where a church to seat 300 persons had been erected, and two Village Societies from Derby I., viz, Breaston and Sawley. As far back as 1885 the Bourne trustees had secured a site for a church in the new district of Derby Road. In 1898 an iron building was erected upon the front portion of the site, and a Society established. The neighbourhood continued to rapidly increase, and in 1903 a scheme was initiated for the erection of a suitable church. This movement was met in its initial stages by great difficulties owing to the erection of a minister’s home upon the site. The minister’s house was removed, and the iron building placed at the rear of the site to serve as a temporary school, and in 1906 a beautiful church and a number of school vestries were erected, the whole scheme costing £4,980. Toward that amount the sum of £3,480 has been raised, a result made possible by the splendid generosity of our Senior Circuit Steward, Mr. Andrew Crowe, and his family. The Bourne Church Trustees have just completed a building scheme by which an Institute room, Infant’s room, additional Class rooms, etc., have been erected at a cost of £1,200. At Beeston a piece of land has been secured and paid for adjoining church for school enlargement. For many years our Sawley Society has struggled in an ill-adapted building in a neighbourhood slowly deteriorating. The Society is to be removed to a new neighbourhood, a site has been secured, and a school hall with class rooms are being erected. During the erection of these material structures and the purchase of sites the spiritual work has not been neglected. In 1905 the Circuit called out an additional minister, and the Rev. F.W. Beal began his ministry in the Circuit and laboured successfully for two years.

At the last Conference it was decided to redistribute the Nottinham VI. Circuit. Hartley Road, Nottingham, becoming part of Nottingham II., and Stapleford and Sandiacre being attached to Long Eaton, with a second married minister. The Rev. H. Ross, the superintendent of Nottingham VI. accepted the position of second preacher for one year, at the end of which he leaves to superintend Manchester III.

Long Eaton now comprises seven places, with a membership of 412 and property valued at over £15,000, and last year held the premier place in the Nottingham district for its considerations per member to the missionary funds. At Stapleford and Sandiacre, the two places added to the Circuit by the last Conference, there are splendid opportunities. Stapleford has a good church and school, and at Sandiacre with a new site paid for, the friends are busy securing funds for the erection of a new church. Long Eaton as part of Nottingham I. Circuit shared the labours of such gifted men as the Revs. Cutts, Barfoot, Antliff, Wood and Bryant; and since its formation into a Circuit, by the Revs. W.E. Walmsley, J. Wenn, E. Hancox and E. Jones. The Rev. C.F. Gill, its present superintendent minister, will complete a term of five years in 1908, when he will be succeeded by the Rev. E.W. Pape, of Leicester, who will have as his colleague the Rev. F. Winterburn, of Middlesborough.

The past is the record of earnest effort crowned with abundant success, and the future looms great with possibility in the work of extending the Kingdom of God.

It is not merely that the Circuit has increased in material resources, and consolidated its interests generally, its growth in hope and courage and enthusiasm has been proportionate. Its fine chapel properties and admirable manses are the result of a loyalty and devotion which have not expended themselves, but give promise of greater things in the future. The men who have increased in wealth and social status are the men who are most deeply interested in the prosperity of Zion. The enterprise which has made them successful in business is devoted to the church, and the elders among them are glad to consecrate their closing years to the advancement of the Kingdom of God.