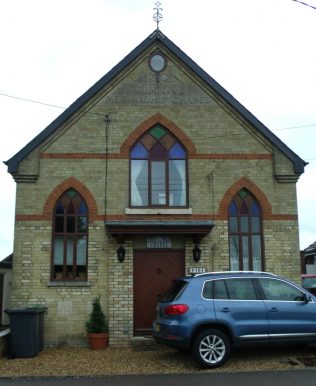 A new PM Chapel was built at a cost of £350 in 1906, the opening taking place on Wednesday 17 October. Fundraising in aid of the Chapel Trust was necessary which included on 26 June 1912 a ‘grand garden fete’ in Goby’s Meadow featuring Gravenhurst Brass Band.