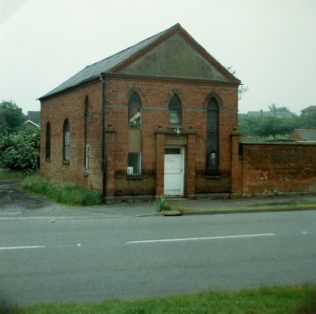 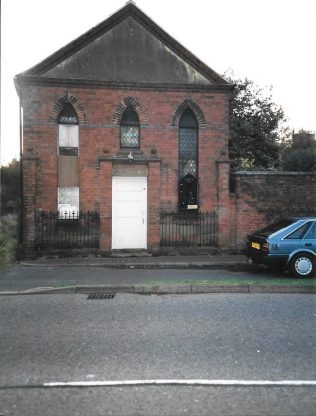 zoom
former Heather Primitive Methodist chapel in use as the church hall in 2000
with kind permission of the Ibstock Historical Society; copyright remains with the original donor 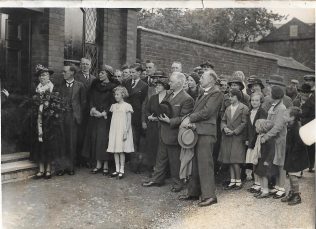 zoom
Significant event at Heather Primitive Methodist chapel. Enid Cooper is the girl in the White dress.
with kind permission of the Ibstock Historical Society; copyright remains with the original donor

Heather is a village in Leicestershire which at the end of the nineteenth century had bth Primitive and Wesleyan societies, together with a colliery, and brick, tile, and terra-cotta works.

The Primitive Methodist society was active from the first half of the nineteenth century.  In 1851 a group of Primitive Methodists was meeting in a room that was not exclusively set aside for worship, but which had room for 45 people. On census Sunday that year, 40 people attended the afternoon service there, and 45 in the evening. They built their first chapel in 1855. It stands to the north of the village on Pisca Lane and cost £120; a porch was added in 1895. It was enlarged in 1903, the date still clear on the front of the chapel.

Ibstock Historical Society have the attached photograph  showing a group of people about to go into the chapel for some sort of significant event.  Was it a re-opening? Arrival of a new minister? An anniversary? Styles date is to the first part of the Twentieth Century.

The girl in the white dress is Enid Cooper. Pauline Pettitt of the Historical Society tells us that the photo was given to the Society by Enid’s relation Jenny Wragg, who has given permission for the photo to be used.

After closure the chapel became the village hall used by groups such as the Women’s Institute and was later converted to residential use.