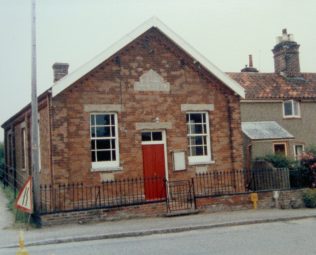 It is not clear from Keith Guyler’s photograph in 1986 whether the chapel is still in use, but in 2015 it has been converted into  a three bedroomed house and is for sale for £199,995.

Marsham was also home to George Edwards, a Primitive Methodist preacher who founded the Union of Land Workers and served as an MP from 1923 to 1924.