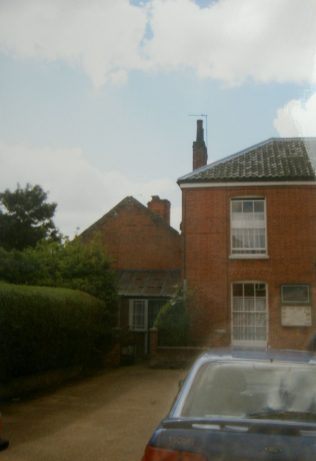 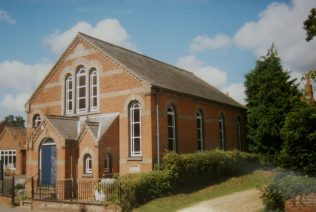 The first is 1831.  The society rented an unused Wesleyan chapel after Mr R Key missioned the village. About 1852 “the clergyman of the parish bought it, it is said, in order that he might get us out of the parish.“

The second chapel dates from 1856 and was made of flint with brick dressings and a pantile roof. The chapel was provided by Mr. Bates, of Dereham; he “erected us a commodious chapel, 36 feet long by 20 feet, and fourteen feet from the floor to the ceiling. The society has fitted up the inside with a good pulpit, ninety letable rail-back seats, on a new and improved scale, hat pegs, and other necessaries.” It was opened on Sunday, July 27th, 1856

The third dates from 1900 and was built by J. Kerridge. It was built of red and grey brick with narrow round arched windows.   Address – 37A  Dereham Road. Mattishall NR20 3NL