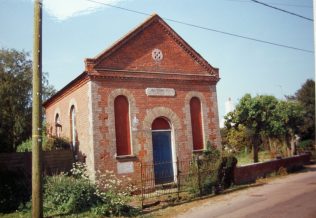 Mileham Primitive Methodist chapel was first opened in 1886 and accommodated 50 people.  It served until the early 1940s.

After closure it was sold in 1947 and became a Gospel Hall.  By the time of Keith Guyler’s photograph in 1998 it was disused.