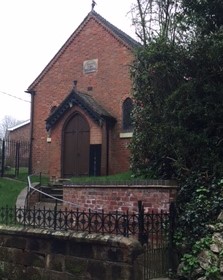 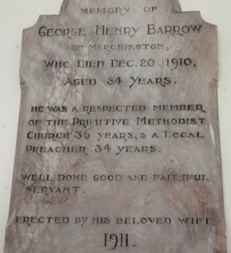 The location of the chapel is on the periphery of the village settlement. This chapel was built in 1841, and though there is lack of clarity as to when it closed, possible because of a lengthy time between regular worship ceasing and the property being sold, the chapel had been sold by 1980. It is now in private ownership creating an excellent garden room for the owners. It is also excellently maintained. The external date stone however is aged and distressed.

It sits back from the lane with a gable end fronting the lane, and is built on an east/west orientation. The original access is steep and winding, unsuited to modern expectations.

A memorial remains within the chapel building dedicated to George Henry Barrow, local preacher, who died in 1910.