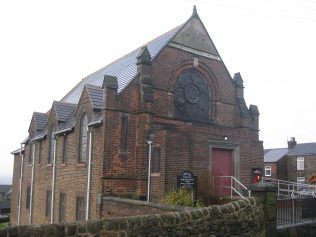 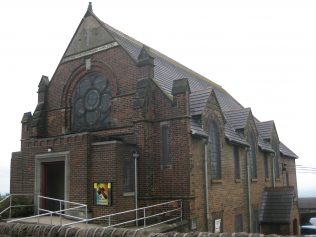 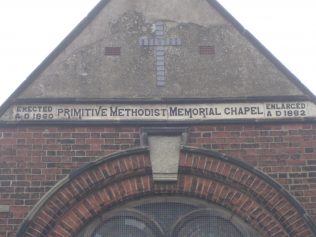 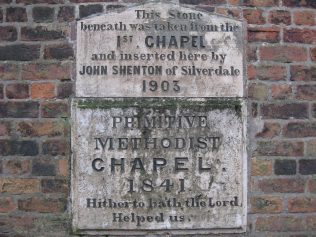 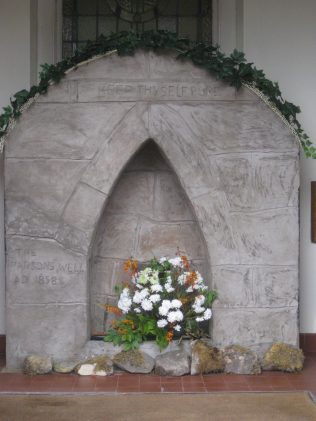 zoom
Looking through the front doors of chapel 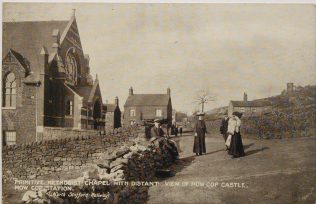 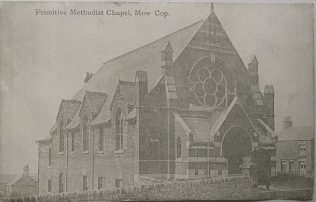 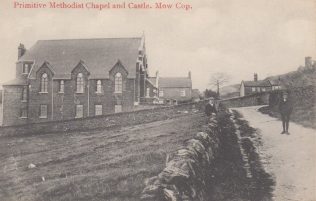 The foundation stone ceremony was reported in the September 1860 Primitive Methodist magazine. The stone was laid by Capt. Alderman James Meek, Esq., of York. The architect was R.Gibson, of Congleton and the contractor was S. Booth of Red Bull.

The chapel cost £900 and measured 1,089 square feet.  It was on two floors with the chapel above and school beneath.

The 1882 Primitive Methodist magazine contains an extended piece about the need to renovate Mow Cop chapel. The fact that it was a tall building in an exposed position meant it suffered from storms and was in need of renovation.  They decided to make it more suitable by lowering the walls and removing the gallery so the roof was less exposed, and compensated for the loss of accommodation by making the chapel longer.

The local society of 50 members could not afford the expected expense of around £1,000 as the membership  consisted mainly of poorly paid miners.  However, because the chapel was on the site of the first Prim camp meeting it was felt that the Connexion should take responsibility. The 1883 magazine confirms that the “neat and commodious” new chapel has been opened.