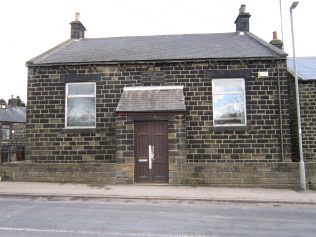 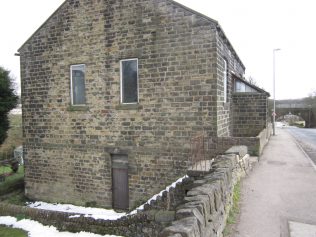 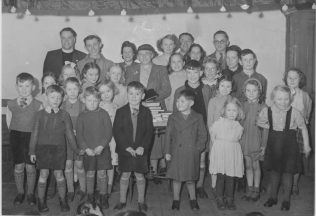 zoom
The annual Sunday School Prize giving at THurgoland Primitive Methodist chapel, about 1950. The minister is Rev Neville Morton from the Barnsley Circuit. The prize giving is taking place on the stage which was in the school room.
provided by John Travis

School Room Entrance was down the steps

In the Primitive Methodist magazine of September 1855 Robert Wordsworth tells us about the laying of the foundation stone of Thurgoland Primitive Methodist chapel.  He describes the village  as small, mountainous but with a growing population expected to grow further. It took 20 years from the early mission to the laying of the chapel foundation stone on July 10 1855 by C Rhodes of Bradford “in the presence of a great number of spectators”

This was followed by tea in the old preaching room and a meeting in the Wesleyan chapel, chaired by Mr Rhodes and addressed by J. Nassau, J. Berry; Miss M. Taylor ; W. Daniels, of Peniston ; R Wordsworth and J. Dyson.