You are here: HomenextPlacesnextLincolnshirenextBarton-on-Humber Circuit, Lincolnshire 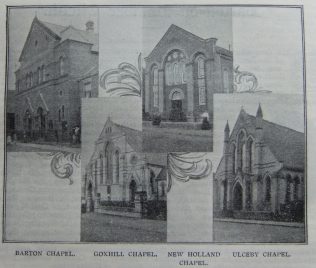 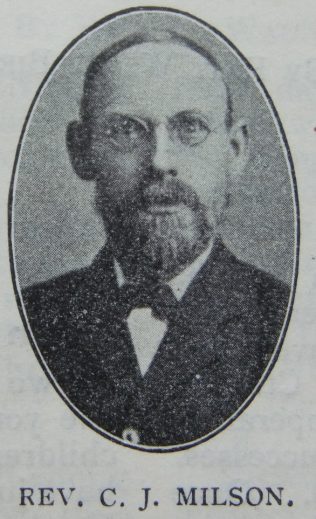 zoom
Clowes Garner Milson, son of Parkinson Milson, and second minister in the circuit at the time the article was written. 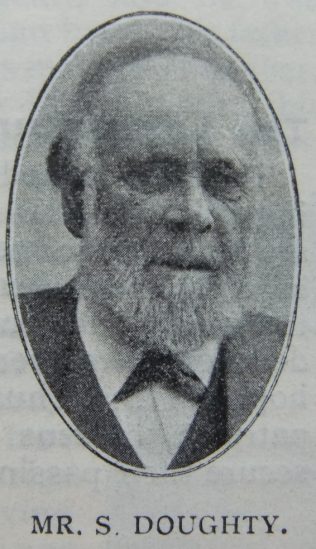 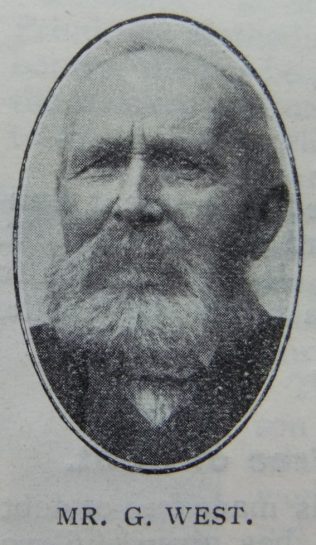 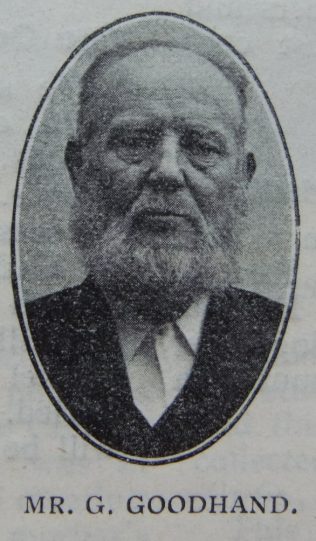 Transcription of Article in the Christian Messenger by Rev John Wilson

The time when the neighbourhood of the Barton-on-Humber Station was first visited by Primitive Methodists is remote, and as there is not any record of details of work preserved, nor any person now living who witnessed what took place during those far-off times, it is very difficult to give a reliable account that can be regarded as complete.

It is quite certain that Rev. W. Clowes, during his earliest days as an evangelist in Hull, visited Barton, South Ferriby, East Halton, Barrow, Goxhill, and Ulceby; and also that the names of these places during the early part of the last century appeared on the plan of the Hull Circuit.

We have also undisputed evidence that the places on Barton Station for many years had the advantage of the valuable labours of the mighty ministry of the itinerant and local preachers resident in Hull and neighbourhood.

The result of the devoted work of godly men and women of that time was seen in the rapid increase in the Hull Circuit, which were established on the south side of the River Humber. This increase led to Barton and numerous villages being formed into a branch, with its own plan of preachers’ appointments and still having the advantage of the ripe judgement and financial strength of the far-famed Hull Circuit. During the latter part of the year 1851, the membership of the Barton branch had risen to 548, and its financial income had become such as led the parent Circuit to desire the branch to become an independent station. This desired end was reached early in the year 1852, since which time up to last conference (when the station was transferred to Grimsby and Lincoln District) it generally occupied a good position amongst the stations of the renowned Hull District. During those early days of our Church in this Circuit, very many valuable families and individuals played an important part in its formation and consolidation. It would be impossible to mention all these, but amongst this great host were the Moodys, Rogersons, Winships, Metcalfs, Booths, Havercrofts, Winters and Wasses, all of Barton; the Smiths, Drinkalls, Kitchens and Andrews, all of Ferriby; the Blanchards and Slights, of East Halton; the Clarks, Bristows, Codds and Gillets, of Barrow; the Hardys, Smiths and Borders, of Goxhill; the Dixons and Couplands, of Tharnton; The Brumptons, Cuttings and Beets, Of Wooton; the Spaldings and Beswicks, of Kirmington; the Walkers and Beacocks, of Bonby; the Rowsons, Robinsons, Glovers, Halls and Fidells, of Warlaby; the Cousins, Glovers, Jobsons and Revills, of Killingholme.

Special mention may be made of two or three outstanding cases. At Ulceby there resided a gentleman named Furlo, who, during his life very greatly assisted our Church, and provided that after his death valuable financial aid should be rendered, a provision which enabled our people to occupy a front place amongst the Free Churches. The exceptional generosity of Mr. Furlo was supplemented by Mrs. West (widow of Rev. George West) and a large band of people who, by their generosity, piety and hard work, have secured fine premises (free from debt), which are a credit to the Connexion, and will doubtless be a spiritual home for thousands of people in coming years. Mr. William Smith, whose death was tragic, did very much both in financial giving and in leading the people of God to the fine position which they occupy in this village.

Mrs. Smith, of Gloxhill, was for many years a very prominent and useful member of our church. Prior to her marriage she was known as Hannah Parrott, and was in the ranks of the itinerant ministry, in which capacity she was instrumental in the conversion of the ungodly. Amongst those converted under her ministry were John Stamp, of great fame, because of his aggressive work in chapel building, temperance and evangelism; and Thomas Kendall, the honoured father of six young men who entered the Primitive Methodist ministry, one of whom rose to the presidency of the Conference, and whose grandson rose to the same exulted position. Mrs. Smith was a very valuable worker and generous giver. She lived a beautiful life, and departed this life in great peace!

Mr Joseph Hardy, of Goxhill, was a somewhat uncommon man. With the enormous advantage of a godly ancestry, and one of the best of wives, he made much progress and was of great service. In civic affairs he had the honours of numerous offices – being parish Councillor, Guardian of the Poor, Chairman of the District Council, County Councillor, and afterwards County Alderman. He was also magistrate of the Barton Bench. In all these offices he rendered great service to his fellows. In our Church for many years he was influential, and took a large part in the erection of the beautiful chapel in Goxhill, and also in the affairs of the circuit generally, being Circuit Steward for a considerable time. A few years ago he was called to his eternal rest, leaving a widow, sons and daughters who, like their departed relative have the respect of all classes of the community.

This station has furnished the Connexion with some of its ministers, amongst whom may be named: the late Rev. William Wray, Rev. William Smith (both having rendered exceptionally good service), and Rev. J. Bilton who, though young, gives promise of great usefulness.

The station has been favoured in regard of its ministers, all of whom deserve honourable mention, and especially Revs. H. Campbell, D. Ingham, T. Kendall, C. Kendall, W. Harland, H.Knowles, R. Langham, J. Calvin, A. Beanland, T Pigott, J.T. Shepherd (all “shining forth in the Kingdom of their Father in Heaven”); Thomas Whitehead, John Stephenson, Henry Clark, John Scruton, and James Shaw (all shining lights in the Kingdom of God on earth). Almost from the commencement the station has had a fine band of local preachers, and still we have with us some of the best in the Connexion.

The excellency of the chapels may be seen in the samples supplied in these pages; but in addition to these we have twelve others, all in size and convenience suited to our needs. These chapels were built at a cost of £8,770, besides which large sums have been spent on enlargements or improvements, while the only aggregate debt is £1,648. During the last two years many of these chapels have undergone complete renovation at great cost, the whole of which is being raised.

The preachers and general workers, we believe, have striven to be useful evangelists, and have often witnessed conversions, and sometimes very mighty and wide-spread revivals of religion.

Fifty years ago one of these revivals took place at South Ferriby, while 37 years ago, after much prayer and protracted services at Bonby, Mr. Goodhand, then a young man, persuaded the Society Steward and the Church to continue the services, he conducting the first service at which about half-a-dozen people were converted, and a great revival ensued, spreading along the hill-side.

During the last three years one of the most remarkable revivals witnessed has been in progress at Barton. While it is sometimes difficult to say the exact moment when such revivals begin, and what person or persons are the instrumental cause, it is believed that this revival began at the midnight hour, during the solemnity of the Watch Service, for at that time and shortly afterwards the church which had seemed cold and lifeless was quickened into life and warmth. Very soon greater interest was taken in almost everything pertaining to the church, and the power of the meetings rapidly increased, resulting in great evangelistic fervour and success. The ministers and old well-tried local preachers, class leaders, and others who for years had toiled amidst great discouragement were now filled with hope and faith. They saw that the time of Pentecost had come, and used the opportunity of calling in the specialist. Just as Barnabas, “full of the Holy Ghost and of faith,” went forth to Antioch, so a devoted, spirit-filled Christian lady came from Hull to Barton just at the right moment, and became the honoured and mighty instrument in the hands of God in promoting the revival believed to have already begun in the church. In a few days, in large numbers, the people of all sorts gathered in the house of God, and amidst a mighty spiritual atmosphere scores of young men and maidens, boys and girls, aged people, drunkards and other wicked people were converted and added to the church. By-and-bye special meetings came to an end, and the special missioner went away; the revival did not stop, nor did the loss come amongst the new converts that we have been so often told generally takes place after big revivals. The fact is, that the ministers, class leaders, local members, and the members of the church generally were so filled with the spirit of God that they became caretakers of the spiritual babes, and when one fell down half-a-dozen Christians would quickly pick the fallen one up, and lead until strength increased. Great care was taken to provide plenty of meetings for Christian testimony, open-air work, and for temperance. The class-rooms were filled, new classes had to be commenced, the band meetings and Christian Endeavour meetings were thronged. The result is that a very large number of converts have been preserved, even men who were converted while intoxicated have become fine strong Christians. During these three years the revival has continued, and hundreds of people have been saved; the congregation has risen from about 150 to six or seven hundred, the finances have all become prosperous, and we occupy a splendid position amongst the churches.