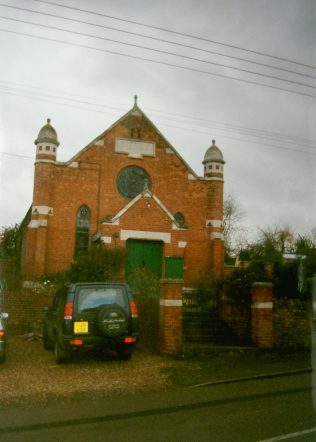 Drayton Parslow is north west of Leighton Buzzard.  The Primitive Methodist chapel on Main Road was built in 1912 by Cannons of Whitchurch who went bankrupt shortly afterwards. This was because the chapel cost far more than the original quotation but the church elders insisted on sticking to this first quotation so the builders found themselves in financial difficulties.

The chapel congregation dwindled in the 1960s and 70s and in 1984 the chapel was sold and converted to a private dwelling – the Old Chapel.  This is shown in Keith Guyler’s photograph in 2000.  A second floor was added to create four double bedrooms and two bathrooms. Some of the interior furniture, such as the pulpit and the pews, were sold to villagers.

There is some good information on the village website, including descriptions of “The Gold and Silver Tree” celebrations.