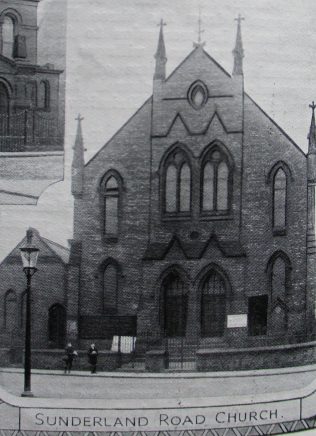 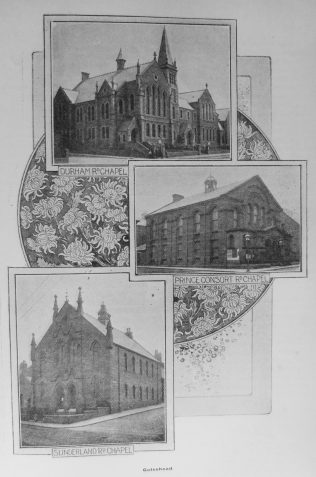 A mission was started in Sunderland Road, Gateshead, in 1874, and William Carr and Richard Dinsley were put in charge of it. A room was got in Somerset Street, and the success was such from the start that a schoolroom was built in 1878, and Sunderland Road Primitive Methodist chapel, seating six hundred people, in 1885.

On the 1897/8 Ordnance Survey map, a Methodist chapel is shown just east of Herbert Street, approximately opposite where the Salvation Army Citadel is now.  Was that this chapel?  What else is known about it and the people who were part of its community?