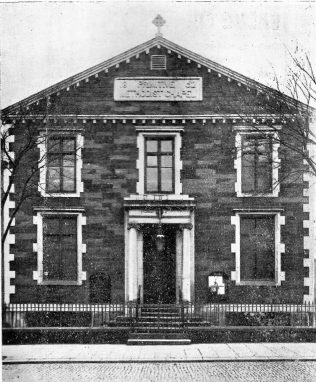 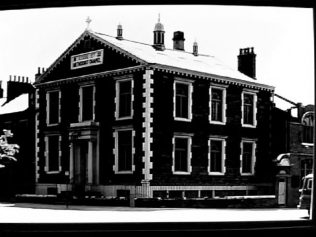 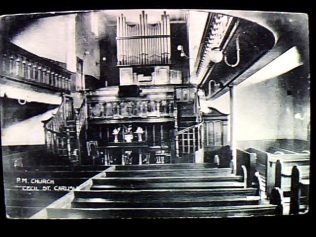 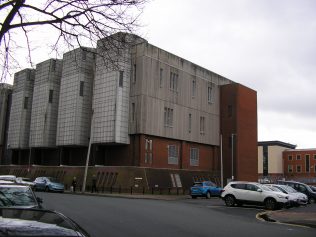 zoom
BT Building on the site of the chapel
G.W. Oxley 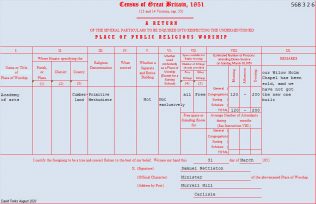 zoom
Carlisle ; Return from the Primitive Methodist chapel in the 1851 Census of Places of Public Religious Worship
transcribed by David Tonks

The first Primitive Methodists in Carlisle met in a hat warehouse. After about five years they acquired a chapel in Willow Holme. This served for about twenty years but was sold in 1850 for less than the outstanding debt on the property (1).

To replace it they leased a piece of land with a 47’ frontage to the newly laid out Cecil Street and extending back for 71’ along the south side of Russell Street (later Mary Street) from the City Corporation (2). The lease was completed in June 1852 but plans for a new chapel had been deposited with the authorities the previous September. It was to be a two storey building. The semi basement consisted of a large room lighted by two windows onto the area on the Cecil Street frontage. This room and another smaller room to the rear were accessed from the area on the Russell Street side. There was another smaller room in the other rear corner which was probably a vestry. It appears to have been accessible only from the chapel above and it was the only room to have a fireplace.

The section through the chapel shows that there was a gallery supported on slender columns and another slender column supported a small pulpit reached by a staircase. Behind and to each side of the pulpit were a pair of large round topped windows. Behind the building was yard with toilets in one corner away from the main building (3). In 1883 the areas were extended and a urinal and WC provided on the Russell Street side. Further extensions covering 700 square feet were added in 1938 but the plans are absent from the file and no detail is available (5).

The chapel was closed in 1965 and subsequently demolished. A telephone exchange now occupies the site (6).