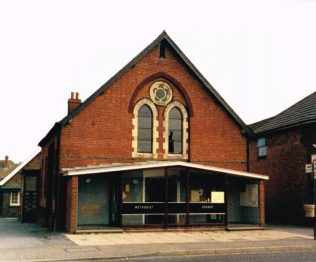 Originally opened by Primitive Methodists as the Star Road Mission Hall,  the current St Andrew’s Methodist church was founded in 1878.  The chapel was built in the Early English Gothic Revival style chapel is built of red and blue brick with some exterior stonework. After enlargement in 1936 it could seat 160.

In 1971 it was modernized and renamed St. Andrew’s Methodist church.  Further work was undertaken in 2014.