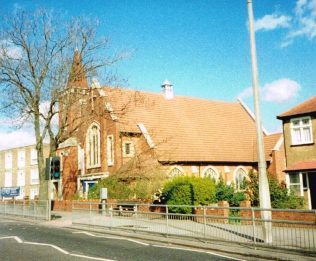 The first Primitive Methodist chapel in Worcester Park  was opened in Longfellow Road in 1872.  It  seated 100 people.  At that time, Worcester Park was a quiet relatively rural community.  However, in the 1920’s the growth of Worcester Park began in earnest and speculative builders bought up most of the available land.  Taking a deep breath, a new site was acquired at the junction of Cheam Common Road and Ruskin Drive.

The new chapel which was opened in 1932 is now a joint Anglican and Methodist Church called Christ Church with St. Philip.