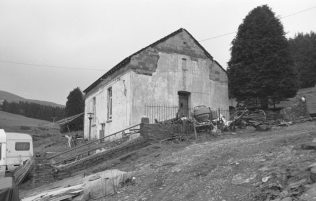 zoom
Picture of the former Primitive Methodist Chapel at Cwmegyr 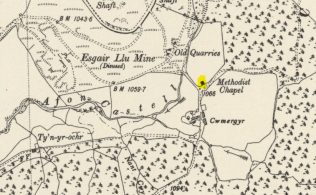 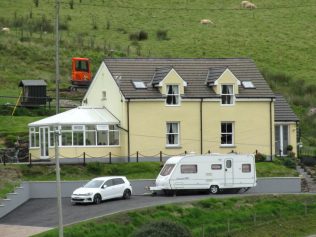 A site I have been aware of for some time but not yet visited is a former Primitive Methodist Chapel at NGR SN 7950 8266 in Cwmergyr, Cwmrheidol, Ceredigion. The attached picture shows the building to be of poor repair which was how it was described to me a number of years ago and little appears on the records for the site. Even the Welsh Monuments database Coflein which usually overflows with information has very few words. I am assuming it was built ( before 1890 ) to service the faith of workers at the Esgair Llu Mine and Quarry in what is a very remote location though the early OS maps state the mine was already disused by the early 1900’s. The attached picture is from the Welsh Monuments Database and their copyright.