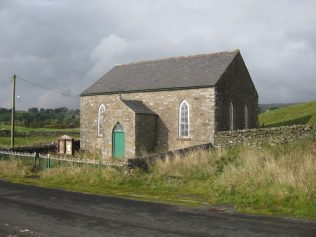 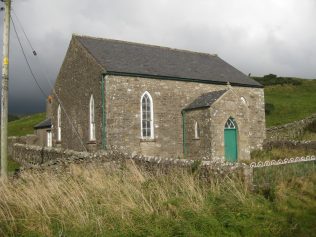 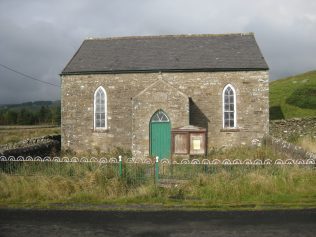 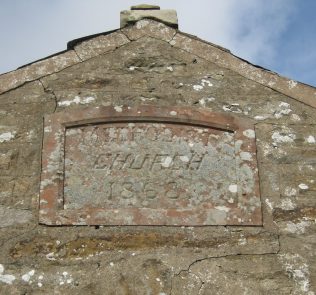 North Stainmore is a remote area in the Pennines on the border of Cumbria County Durham and North Yorkshire. This is an area of outstanding natural beauty and the ‘lonesome’ church sits overlooking it all. Why was it built?

The people who lived here were involved with sheep farming, mining and quarrying. When the railway arrived men were employed on it as well as helping to build it. As jobs increased the village grew and the early Primitive Methodists met in their homes for worship. One of the homes was Lane Cottage, the Croft family home. When Thomas Fothergill offered them a piece of land in 1868 they built a church. The stone for the building was quarried locally and brought to the site by horse and cart. The church was the focal point of the village.

By 1881 some people paid for their seats but then it was decided that paid for seats would be a shilling a year. An extension was added in 1935 to provide more space for the Sunday School which was thriving until the 1970s.

The church closed on September 3rd 2010 the final service led by the superintendent minister James Skinner.

Four young men from Stainmore were killed during the First  World War.  A wooden plaque commemorating their deaths has been removed to South Stainmore Church.

In 2016 an application has been submitted to Eden District Council to change the church to a single storey dwelling. It will be interesting to see if anyone takes up the challenge to move in.