You are here: HomenextPlacesnextHampshirenextSilchester, Past and Present

Silchester, Past and Present

Includes an account of the missioning of Reading in 1835 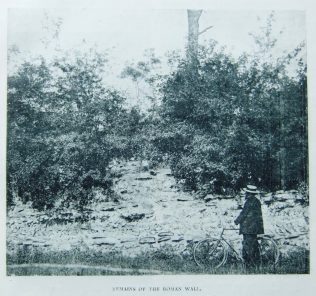 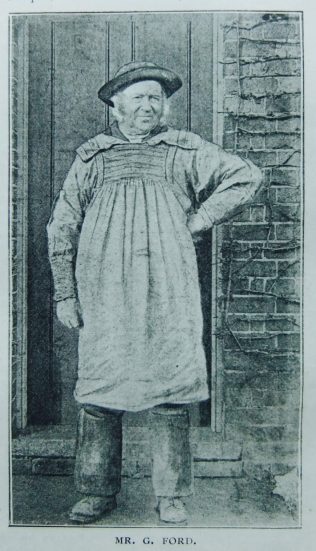 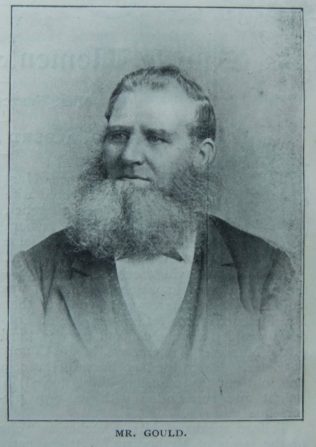 Transcription of Article in the Christian Messenger by E Millichamp

Silchester is not now a city, a town, or even a village, but may be best defined as a district, with a population scattered over a common, with here and there a few good villas and small farms. It is situated on a ridge stretching from east to west on the northern border of Hants. The interest of the locality lies in its great antiquity, and for us, in the introduction and progress of Primitive Methodism.

The Ancient Britons had a city here long before the dawn of the Christian era, the strong earthwork fortifications of which remain. The situation of this city lay to the east on the flattened edge of the ridge, with low-lying valleys in front and on either side. The position commands a view of the country from the valley of the Thames at Reading to the distant hills that rise towards the Isle of Wight and the English Channel, and was one of great security in time of war.

From an inscription found on an old altar and from some other data, antiquarians have decided that the British name of the city was Segont, after the name of the tribe Segontaci, by which it was inhabited. The Romans, soon after the invasion, took possession, and strengthened the city by building walls and gates. The name was changed to Calleva and after that to Silchester. It rose to a position of great splendour and wealth, and, lying on the highway from London to the south and west, it no doubt rivalled the cites of Winchester, Cirencester, and Bath.

The place, unlike other great cities, is without a history, and all we know is what has been gathered from discoveries made by antiquarians. The work of excavation was at first done by private persons in a small way; since then the Society of Antiquarians, securing a lease from the Duke of Wellington, have carried on extensive work, and have made wonderful and valuable discoveries. The result is we now know that a Roman city, with a Forum, a Basilica Hall, several Pagan temples, and a Christian Church probably of the 4th century, existed here. The pavements of palaces inlaid with mosaic work of good variety and colour, with fluted columed pillars and ornamental capitals have been unearthed. Roman coins with the image and superscription of the Caesars; pottery and the tools of artizans, such as carpenters, smiths, and shoemakers have come to light, most of which are now on view in the Museum at Reading.

On the north-east side of the city, outside the walls, are the remains of a large amphitheatre. There are now no buildings inside, except a lone, ancient looking farmhouse and the parish church. All beyond are ploughed fields and meadows and a solitude like that of death. Tradition says the place was destroyed by the Saxons, and then deserted. The names of the once proud rulers and rich merchants have none of them descended to posterity. All have passed away. “The voice said, Cry. And he said, What shall I cry? All flesh is grass and the goodliness thereof is as the flower of the grass. The grass withereth, the flower fadeth. Surely the people is grass.”

The rise and progress of Primitive Methodism in these parts is a subject on which we are able to write with greater confidence, as we are able to verify the facts from documents and from the testimony of the immediate descendants of the first converts and pioneers. In this article we propose to raise a memorial of a work that is likely to live in the locality to the end of time.

Their part was missioned from Shefford, and was included in what was called the Berks and Hants Mission. The old plans we have secured give Faringdon, Andover, Wallingford, Micheldever, Aylesbury, and High Wycombe as branches. The Aldersgate magazine, bearing date October, 1836, is also an authority, as it gives the diary of the Rev. John Ride, who was then the superintendent. It records that at the quarterly meeting held in March, 1835, Micheldever was made into a separate circuit with three travelling preachers, and that the Shefford Circuit remained with 267 places and 23 ministers – increase for the year, 521. The names of some of these old ministers are Messrs. J. Ride, W. Peacefull, H. Hays, T. Cummin, W. Wiltshire, and J. Guy, all well-known names. The places preached at on the Home Branch included Bradfield, Quicks Green, and Beenham on the north of the Kennet valley and Mortimer and the Soak (Silchester) to the south. At a camp meeting held on the Common it was noticed that Rev. J. Ride had but a poor hat. The young men proposed a second collection and provided him with a new one.

To the above quarterly meeting belongs the distinction of making preparation for the missioning of the town of Reading. The proposal having been submitted to the village societies, special prayer was made for the success of the mission. The day fixed was April 12th of the above year. Among the early converts in this neighbourhood were five out of six brothers by the name of Ford. These stalwart men, with others by the name of Tull, with many more, took a foremost place in labour and suffering for many years.

On the morning of the day Reading was missioned these brave men held a prayer meeting at 4 o’clock in a cottage at Berry’s Corner, the native place of the late David Berry. From this point they proceeded on their way to town, enlivening the nine miles journey by singing hymns with now and then a halt for prayer. At the top of Castle Street they were joined by the contingent from Bradfield, led by Mr. E. Kerby. Here they formed a procession, led by Rev. John Ride, and entered the town singing
“Turn to the Lord and seek salvation.”

The services were held in the Forbery, then an open space used for fairs and shows, but since enclosed and laid out as a place of public resort. The meetings here began at 9 o’clock and continued, with short intervals, all day. The preachers were the Revs. J. Ride, E. Bishop, Mr. Kerby, and Mrs. Ride. By the time Mrs. Ride preached in the evening a great multitude had assembled, and such was the faith and devotion of the praying host that a solemn stillness and mighty power rested on the people; and the seed sown that day and subsequently, bore a great harvest of men and women who became the pride and glory of a strong society and developed into one of the foremost circuits we have  in the Connexion.

When we travelled on the Bradfield Branch of the Reading Circuit the late Mr. Jas. Cox, the old leader of the society at Bradfield, told us of an attempt to mission the village pf Aldermaston, and since we came here we have secured more definite details.

This Mission was undertaken by the Fords, Tulls, and others, and encountered violent opposition. The sons of Beliel, set on by the clergyman, the squire, and the village doctor, secured a chain by which they enclosed the company and drew them to the brink of the river, intending to inflict serious injury, if not to take their life. The intent was frustrated by Mr. Jas. Green, who was a tall, strong man, and who lifting the chain over the heads of his brethren, effected their escape. One of the brethren, Wm. Bernell, sustained an injury from which he never recovered, but the enemy suffered the most. The clergyman shot himself, the doctor died of poison, the landowner became a bankrupt, and all came to a miserable end.

The first preaching house at Silchester was occupied by the parents of the Tull family, who in addition to several sons, had a very intelligent daughter, who kept a school. Out of this school grew the first Sunday School, of which Mr. G. Ford was the indefatigable superintendent for 50 years. Miss Tull was an acceptable local preacher. She afterwards married Mr. H. Ford, and lived an exemplary and useful life till a few years ago, when she passed into the skies. Mr. G. Ford was somewhat unique, in that on Sunday as well as week days he wore a smock frock. When friends spoke to him about it and advised him to wear a coat he replied, “Why people would not know me then.” He was a fine type of a true man and a Christian gentleman and so devoted to his work, travelling all weathers a mile through the woods from his house at Little Heath to the Sunday School that he won the respect and love of all, and when the end came it was like the sun set of a clear day. The descendants are godly people and mostly loyal to our church.

The first chapel at Silchester was built of poles from the forest and furze gathered off the common, and was almost a facsimile of a picture we have seen of a British wattle work church that stood at Glastonbury towards the close of the Apostolic age.

This primitive structure having began to decay, the present chapel was built in 1839 that stands to this day at the head of the Circuit, having provided a home for the society there 62 years. In 1864, Rev. J. Moore undertook the building of the circuit manse that adjoins the Chapel, a commodious structure, with outhouses, a lawn, and a good garden. Mr. T. Waite, the father of the present Circuit Steward at Reading laid a memorial stone. The situation is pleasant and healthy, with three miles of pine woods at the back, and with an extensive view over commons and green fields stretching away in front towards the south and west.

This village circuit is one of the best we know. It contains nine societies, all provided with chapels, fairly well attended. There are good Sunday Schools. The 40 local preachers, exhorters, and prayer leaders all but two are in active work, so that the appointments are well and regularly supplied, and the work efficiently sustained. The circuit has given the Connexion useful members elsewhere, such as the late Rev. J. Stroud, Rev. G. Ford, now at Retford, Mr. Thos. Kimber, at Reading, and the parents of the Revs. G. and A. Fawcett, and also those of Rev. J. Prouten. Mr. Wyeth, of Southampton, also went from this circuit.

Mr. J.H. Gould, the present Circuit Steward, whose portrait we give, is a man richly endowed. He comes of a good family, and is a man of high principle and blameless life. His record is one of the best as a local preacher, always in request for special services, and yet ready to serve at the weakest place in the Circuit. For some years he was associated with Mr. J.W. Palmer, of Reading, in Temperance work, and took a leading part in a great and far reaching reformation. We have heard him speak of this work, and one of his stories is of a man he met with whom he expostulated, who was led to give up the drink and who became a respectable Christian man and was blessed with great prosperity in his temporal affairs. It was only a sample case of a work, the fruit of which will not all appear till the great harvest is gathered in.

Mr. Gould lives now in his own palatial house on Sunny Bank, Mortimer. Set free largely from secular pursuits, he devotes his leisure to circuit and other work. In the stewardship he is assisted by his worthy son, who with their devoted wives serve the interests of our church in many ways.